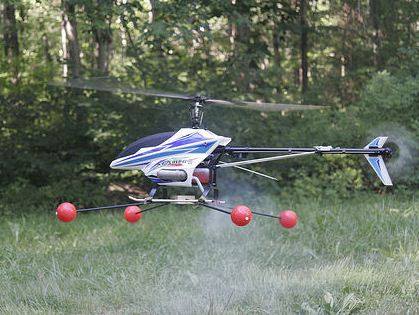 There is one that every flier either will, or already has, asked of themselves, although they might not even know it. And that question is: When should I remove the training gear from my helicopter? Over the years I have helped many people learn to fly helicopters, and it’s amazing how good they get and yet will not remove the training gear. They are so used to flying with it that the gear has become almost a ritual, or security blanket, even though they are perfectly comfortable hovering several feet off the ground and doing figure eight circuits in front of themselves. But at that distance off the ground the training gear doesn’t offer any protection.

Initially the training gear is used as a wide bumper for the helicopter to protect it from hitting the ground in other than completely controlled flight. But after a little practice you get comfortable with your ability to control the helicopter and can keep it in a relatively stable piece of the sky, and land and takeoff without tipping over. Once you can do this, it’s time to remove the training gear or it will actually impede your learning process. Certainly no one wants to remove the training gear and have an accident, but that chance must be taken sometime. The longer you keep the training gear on the helicopter, the more psychologically dependent you become on it. Also, you rely on the wide gear to determine the attitude of the helicopter, thereby making the transition to normal flying even harder. So if you are using training gear, or helping someone who is, ask yourself if the gear is really needed at the demonstrated level of flying proficiency.