With the wing finally assembled and joined to the fuselage, we can get to the best part of heavy metal warbirds —  installing the landing gear. For the 85 inch Skyraider we started the planning early for the retracts installation. With most ARF warbirds, the wing and the attachment points for the recommended retracts will already be worked out, but with all plans built airplanes, you got to make sure things are going to fit. Earlier in the build-along we covered the part where were actually used the retracts as spacers to set the position of the plywood ribs that would support the mounting rails for the gear. In this project we are using the electrically driven 148E 90-degree rotating gear from Robart Mfg. So lets get back to the workbench and see what’s involved. Also not this procedure works for all model airplanes using similar gear. 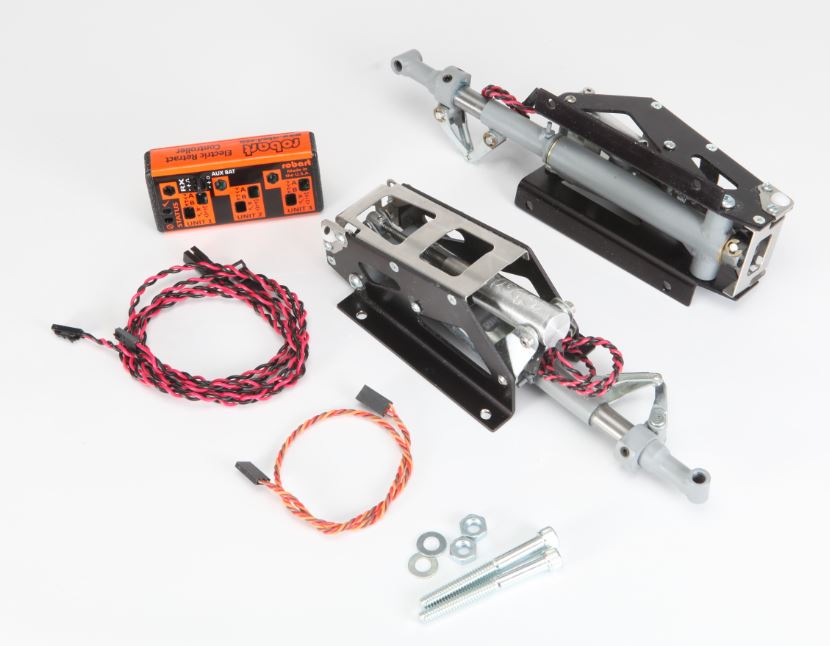 The gear is driven with its own driver unit and everything is plug-n-play. The gear cab work with anything between 4.8V and 9V but for reliable operation you should keep the battery voltage close to the upper end of the range. For convenience, Robart also sells a voltage regulator that delivers 9V and it can take up to 25V or input power. I will be using a 11.1V 3S Lipo pack to supply power the egulator. The driver can be powered directly from the receiver or with an aux. battery pack as I am doing. 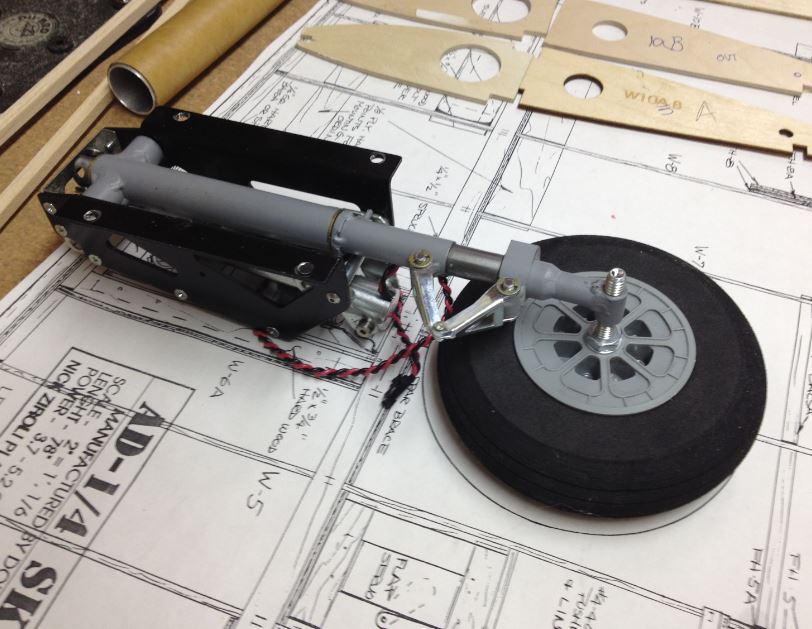 Here early in the construction of the Skyraider wing, the gear, along with a 4-inch Top Flite Corsair style wheel, is placed over the plans. This showed whether the gear would clear the main wing spar, which it does. But it also showed that the 148E set was wider than the reduced gear drawing on the wing top view. This showed that we would have to adjust the rib spacing while building the wing. 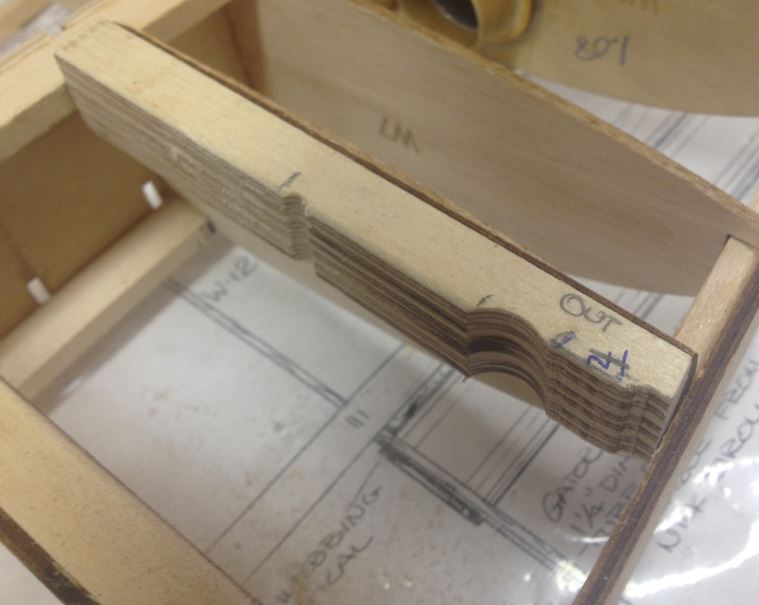 So with the ribs glued in place and adjusted for the dihedral angle, so the gear struts would end up square to the ground, I made the mounting rails by laminating three layers of 1/4 inch birch plywood. Note that the rails have to be trimmed to clear various bolt heads that protrude from the gear’s trunion frame. 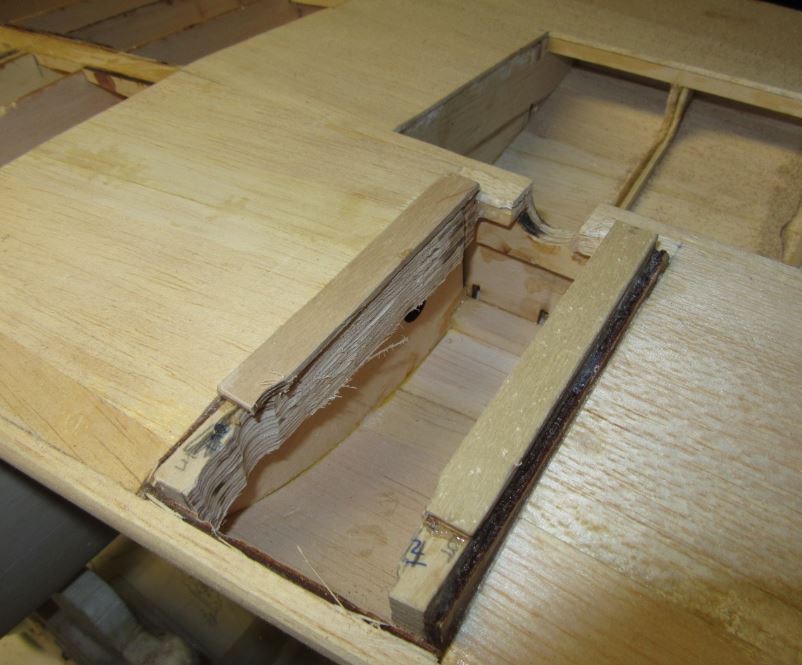 Here you see the wheel well areas on the sheeted wing and the rails glued in place. Note that I have added 1/8 inch thick plywood strips to the rails so the top of the gear frames would clear the wing’s top sheeting. Also not that where the wing’s main spar has been trimmed away to clear the gear strut, I added a 1/4 inch doubler to reinforce the area. 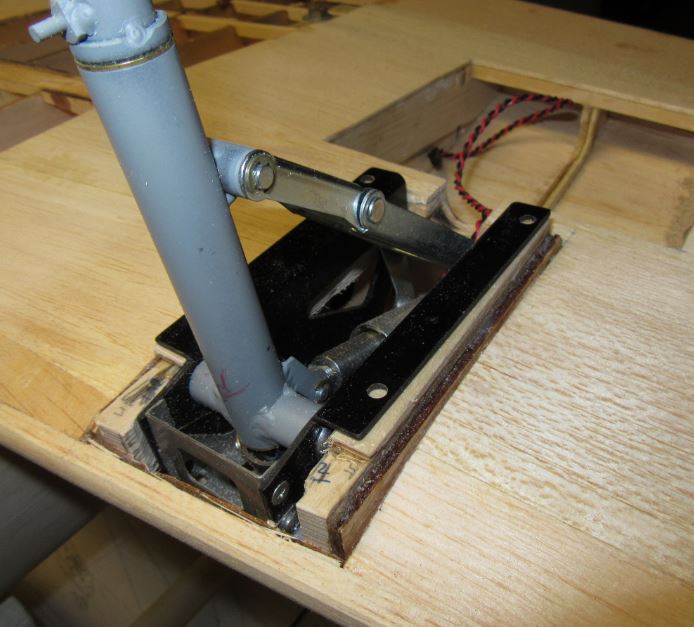 Here the gear has been placed on the rails and the clearances have been checked. it is also important to make sure the gear frame attachment tabs lay flat on the two rails. If they do not and you screw the gear into place, you can tweak the frame and cause the mechanics to bind. 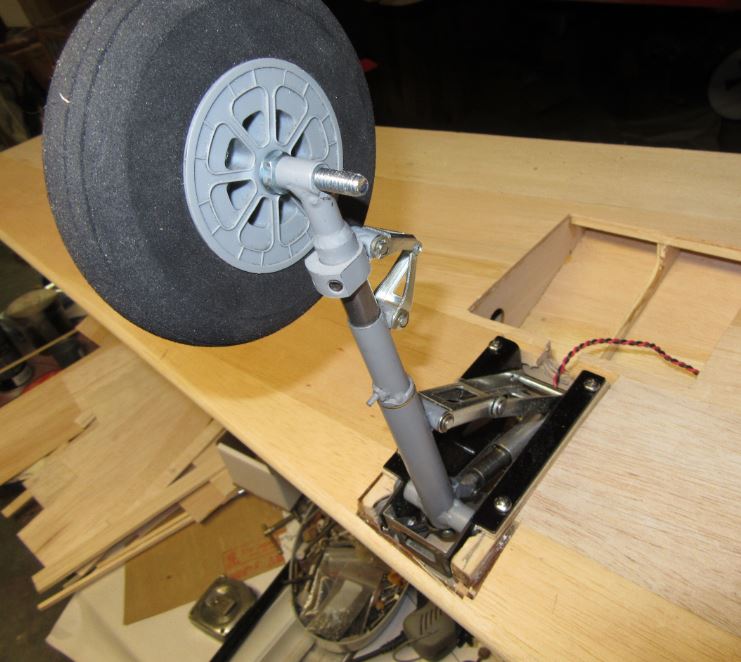 Here the gear has been installed. I marked the rails through the attachment holes and I drilled 1/8 inch holes all the way through the rails. I then used 6-32 x 1-inch-long pan head sheet metal screws to secure the gear. 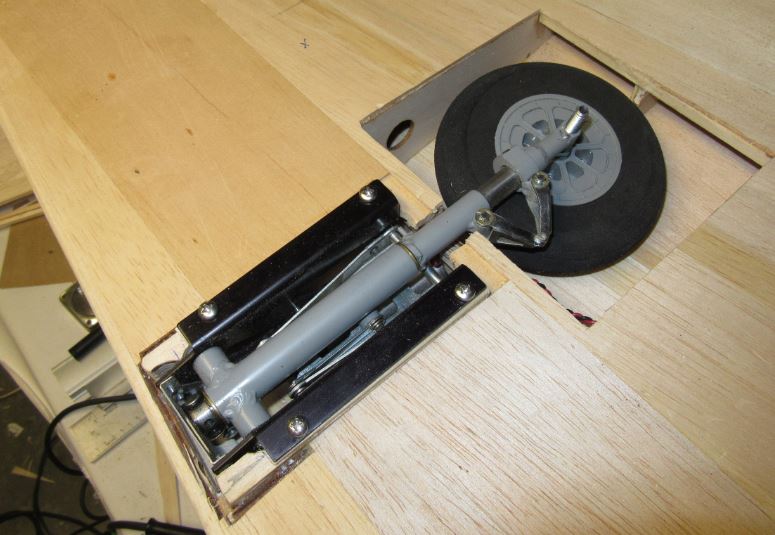 Powering up the gear individually I retracted the gear and checked the clearance around every possible contact point. Gear doors will be added after the Skyraider has been test flown. 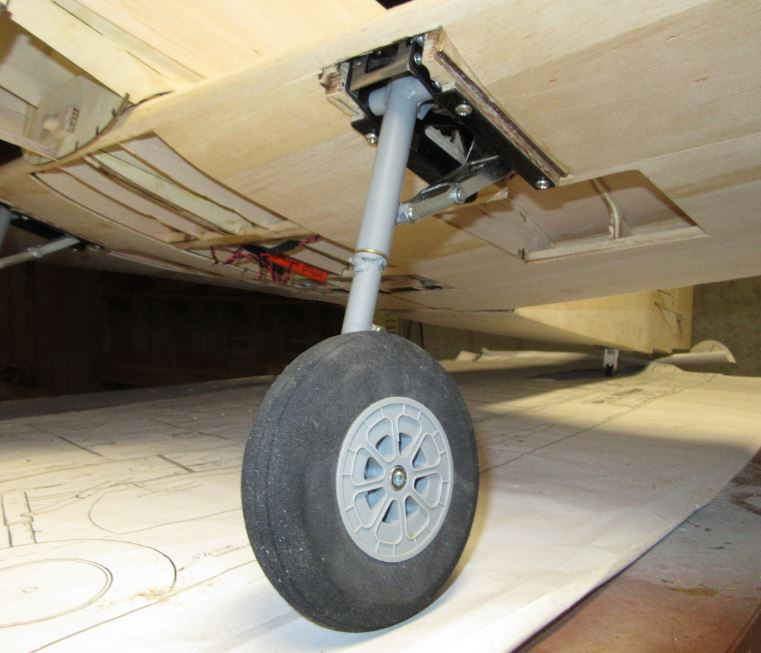 With the wing and landing gear installed, the Skyraider finally is now standing up on its feet! A milestone moment for any model. 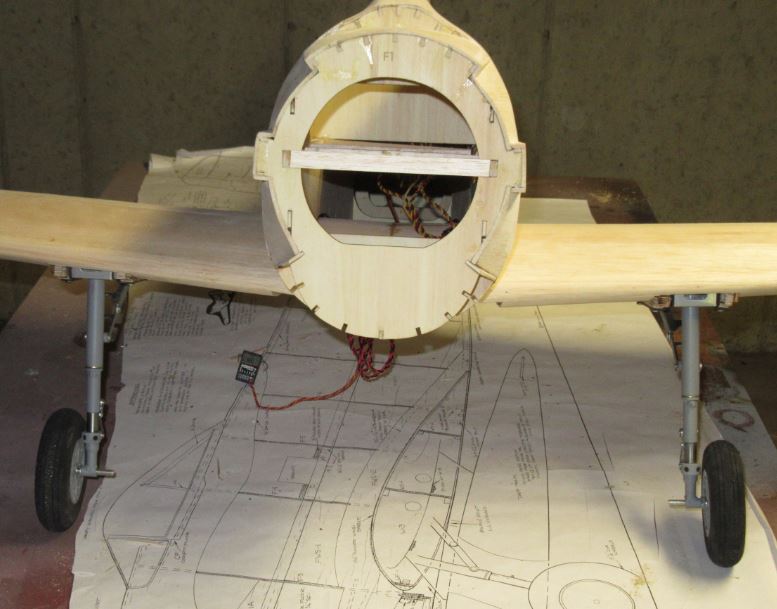 Here you see the gear in the down position. Note that the gear struts are 90 degrees to the ground and are parallel to each other. The two black set screws on the axle support fittings are used to adjust and lock in the wheel/axle toe-in angle. This is very easy to do once the gear have been installed. Once you dial in the toe-in angle, use a drop of Zap Thread Lock to prevent the set screws from becoming loose. 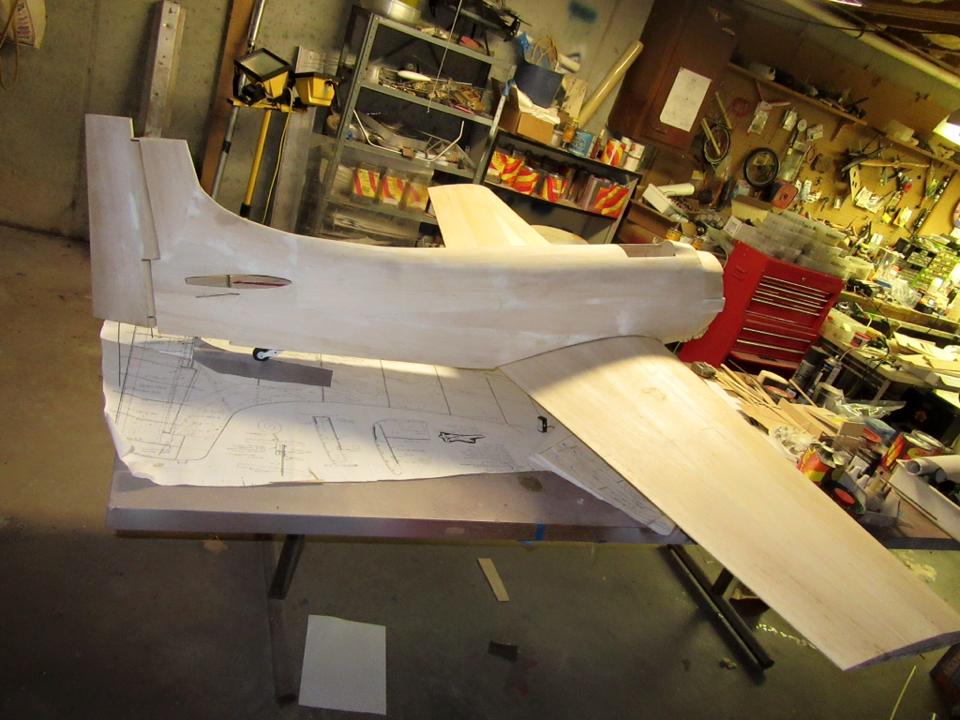 So that’s it for now. Lots more to come so stayed tuned!