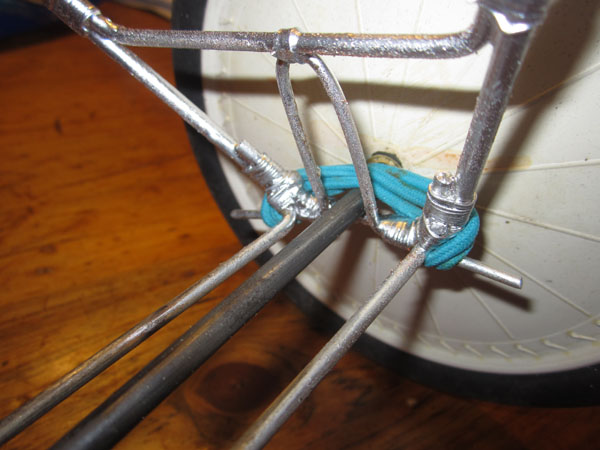 Wow! That’s a mouthful… Part of the character of the Sopwith aircraft, is the design of their landing gear and in particular their “articulated” (pivoting) axle assembly. Much of the landing gear assembly has been made from music wire which has been bend, bound and soldered together to replicate the shape of the gear, which will later be sheathed with wood fairings. But, the most important part, it that 3-piece axle. The center spreader is fixed to the two long gear spreaders while the outer axle pieces are attached to the axle spreader and their ends held down against the base of the gear with bungee cord for the suspension to absorb shock. So let’s get started. 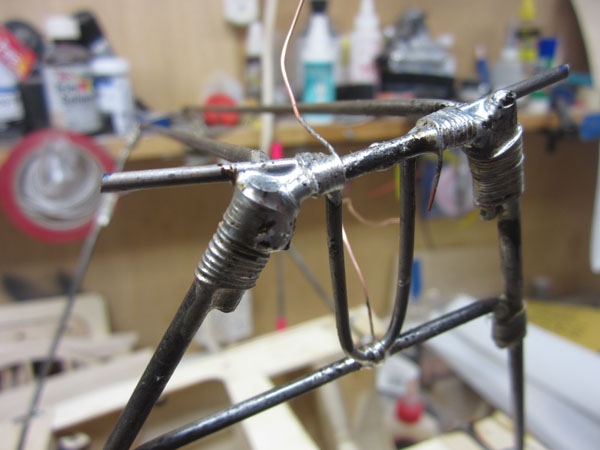 Here I am soldering the U-shape guide to the completed landing gear structure. Of course the extra lengths of binding wire will be trimmed away and over all area will be cleaned with solvent to minimize corrosion from the solder flux. 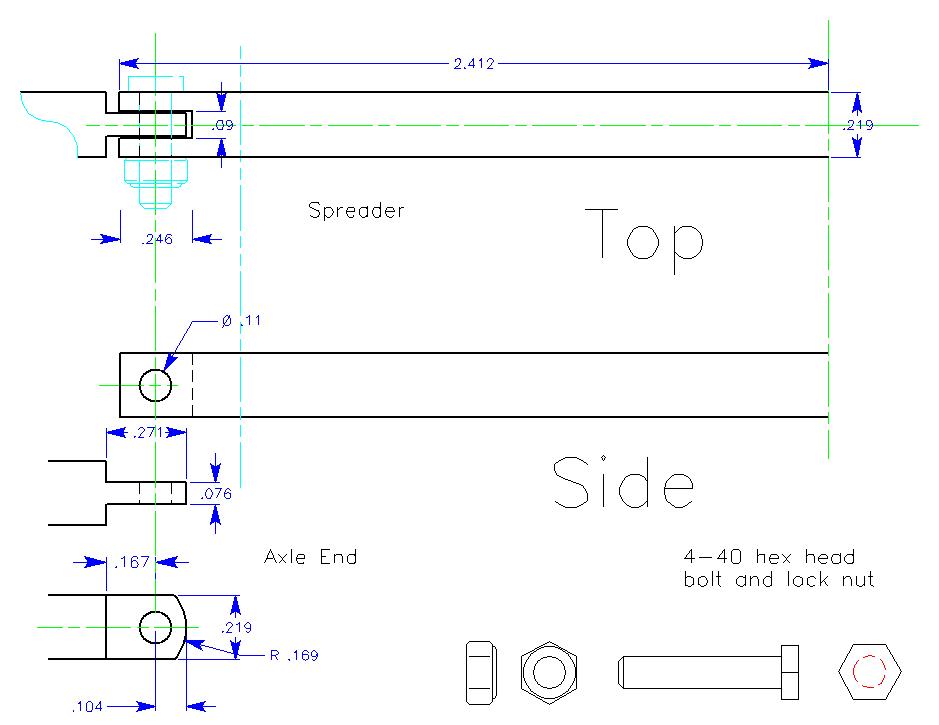 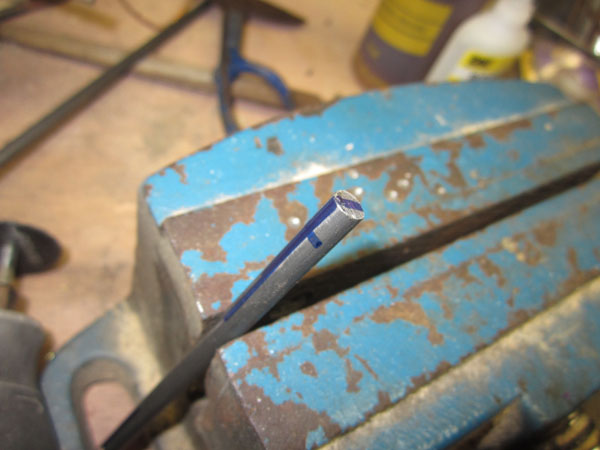 After cutting the three axle pieces to length, the ends of each wire are marked for the slots and tabs that will need to be formed. 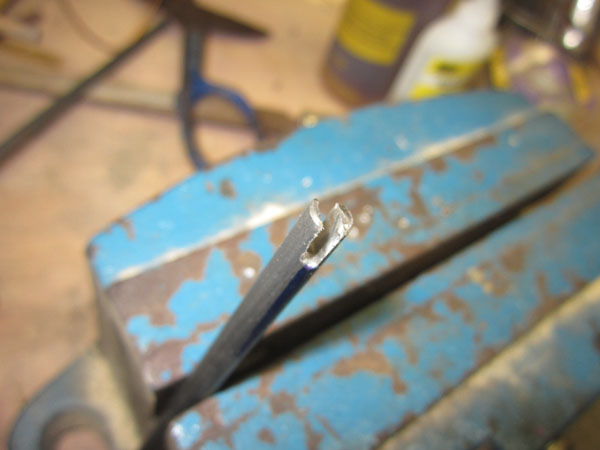 Using a reinforced cutoff disk and my Moto-Tool, I cut a slot 1/4 inch deep into each end of the axle’s center spreader piece. This takes a little bit of time so be careful and wear eye protection. 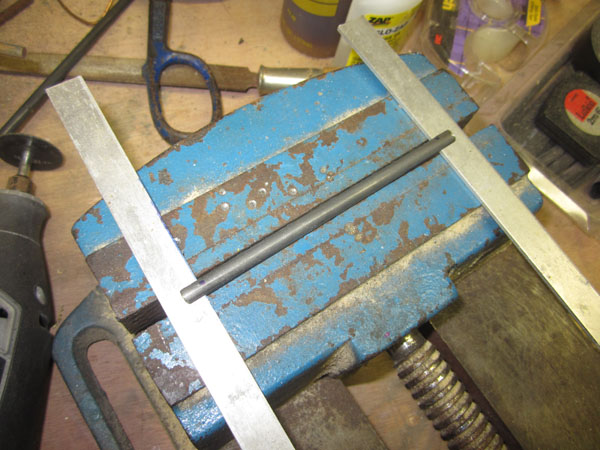 I used metal strips as guides to make sure the slots were cut in the same plane and aligned properly with each other. Placing the piece on my bench vise shown here lets you know if everything is straight or if it needs some adjustment and more grinding. 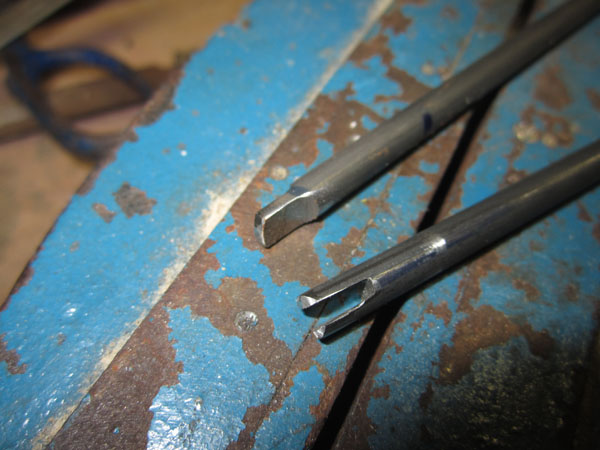 Once the slots are done, I used my bench grinder to make the tab ends of the outer axle pieces. The tabs should be a little shorter than the depth of the slots so they don’t bind. 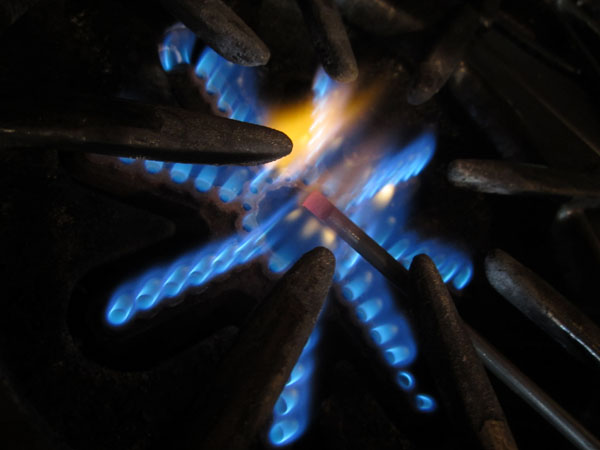 So here’s the fun part–annealing the steel wire. I did this with the kitchen stove using the gas burners to heat the ends of the wire pieces. 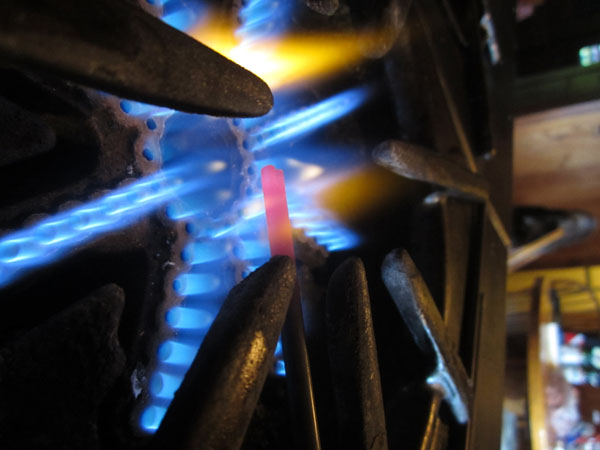 Holding the wire with a pair of plyers, bring the wire up to a dull cherry red color and then carefully set aside on a fire proof surface, and let cool down to room temperature in still air. The annealing process “normalizes” the steel and  brings it to its most workable state for drilling and filing. 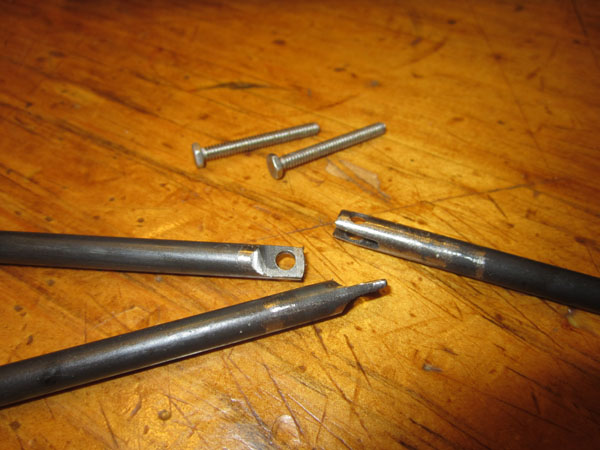 Here are the drilled pieces. I used stainless steel 4-40 hex head screws as a gauge for the hole diameters (roughly 0.100 inch). 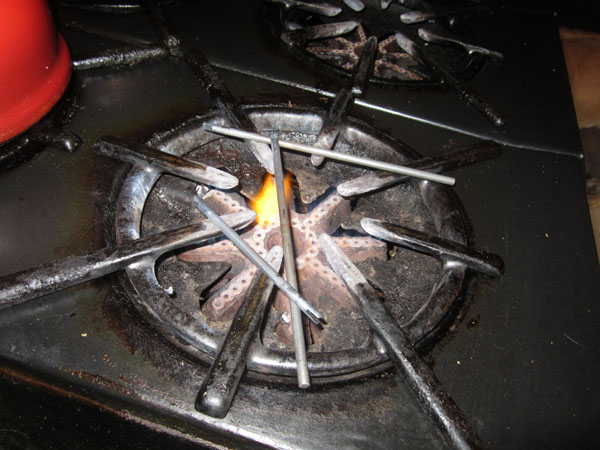 So once all the machine is complete, the parts are returned to the stove and heated up again to temper them. This adds some hardness back into the metal to toughen it. You are looking this time for a golden straw color, which is just before the parts start to glow a deep, deep red. Just as the color begins to change, remove the pieces from the heat and quickly quench them in some motor oil. 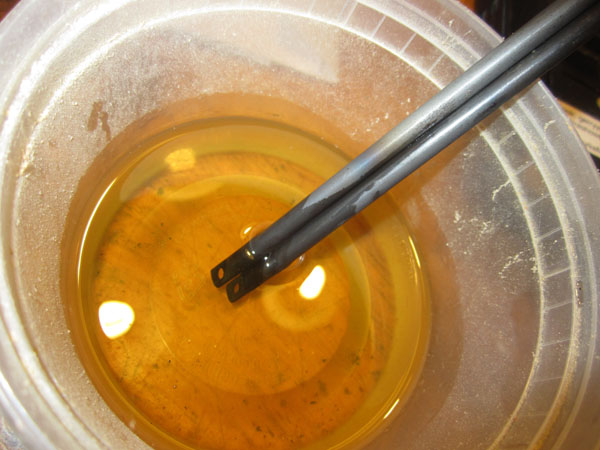 This produces some smoke as you swirl the piece in the oil. be careful as the parts are still very hot and can cause your finger to blister! I know this! Use a pair of plyers. 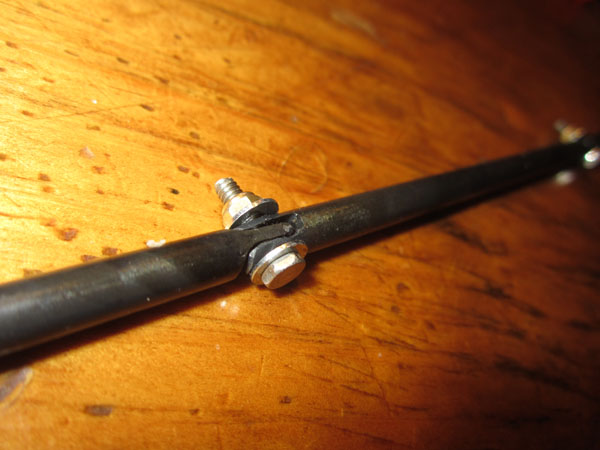 So here’s the articulated joint between the axle ends and the axle center spreader section. I used 4-40 bolts and washers from Micro Fasteners, and elastic insert lock nuts  from Nelson Supply. 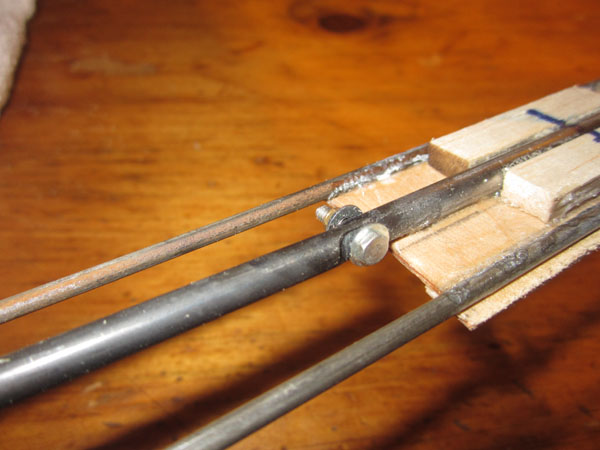 Here the axle is held in place at the base of the landing gear frame, with loops of bungee material. The U-shaped guide limits the axle’s motion and keep the wheels in alignment. 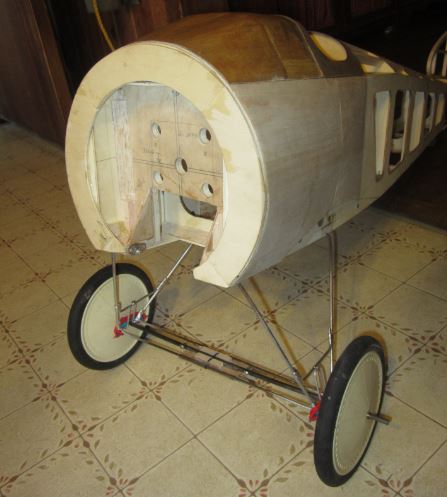 So here’s the Camel up on its wheels . Adding some wood fairing over the wire framework will give it the scale look of the real thing. Stay tuned for more posts in this Build-Along series.

To see the last installment, click the link: https://www.modelairplanenews.com/blog/2014/08/06/workshop-build-along-sopwith-camel-part-11-working-on-the-front-end/