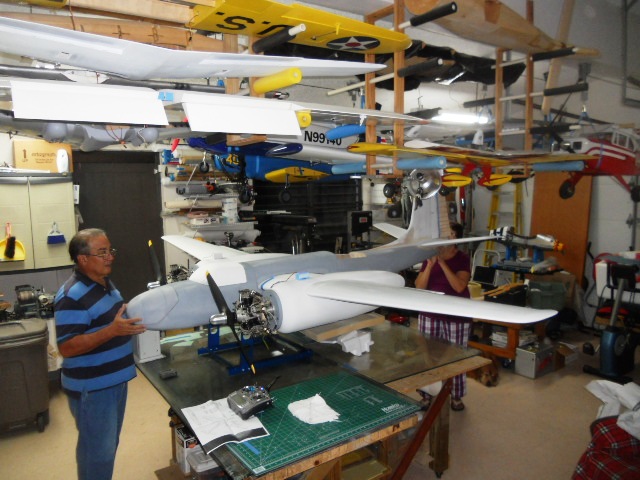 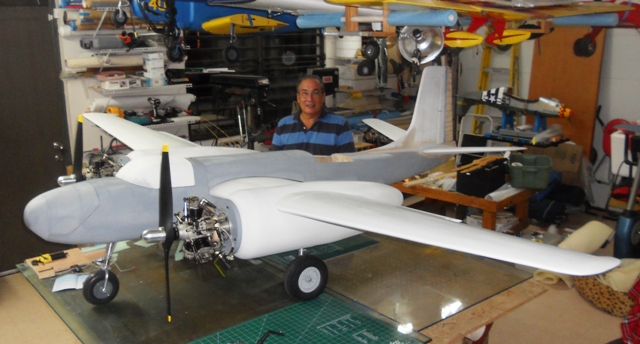 Frankie Mirandes is no stranger to impressive scale aircraft and has been competing at the Top Gun Scale Invitational in Lakeland, FL for several years. For our upcoming “Road to Top Gun” special feature in Model Airplane News, Frankie was the first one to share his newest Top Gun 2013 project with us. Frankie says that taxi and flight testing are starting shortly.

The A-26 Invader will be test flown in primer first and then the detailing process will start after the airframe checks out as airworthy.  The A-26 was built using enlarged 1/8-scale Don Smith A-26 plans to produce the new 144 inch wing span version. It features traditional, all-wood construction being “glassed” with various fiberglass cloth weights, then it was primed with lacquer for a base finish. Ramón Medina is the builder with 1,700 hours into the project so far. Everything is custom built to match the real aircraft.  Twin Moki 150cc radial engines are used for power.  The retracts are custom designed and built and all JR radio gear is used for guidance. The engine cowling molds are being worked on now. The selected paint scheme will be “Brown Nose Bear” in Olive Drab finish.  Our plan is to use epoxy paint to complete scheme.