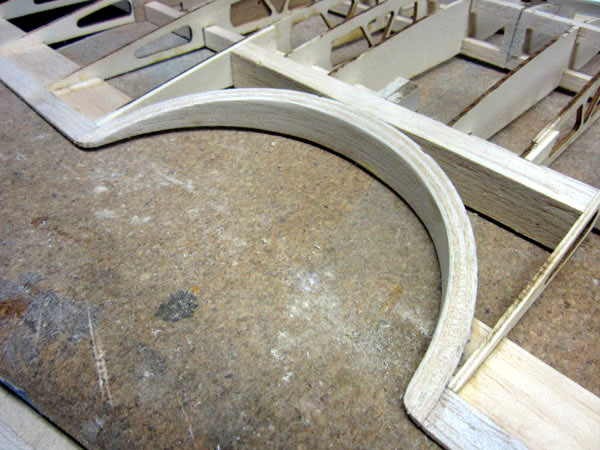 So, last night I finished the center cutout bow for the Camel’s top wing. In all, it took about 48 hours for the laminated balsa strips to fully dry and lock into a ridged lamination. Here’s how I incorporated the new formed part into the Sopwith’s wing structure. 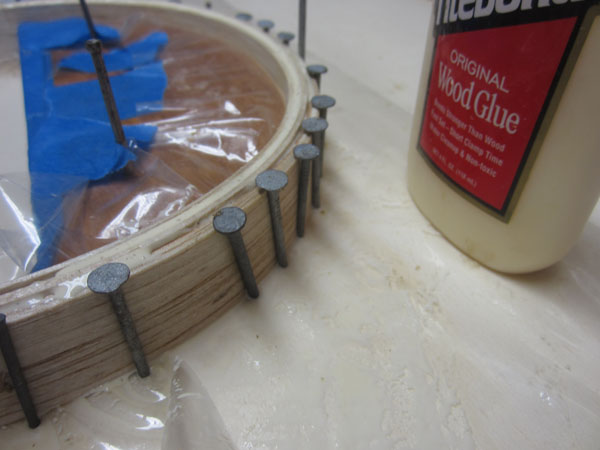 Last time, we left off with the balsa strips drying while “clamped” to the forming block. 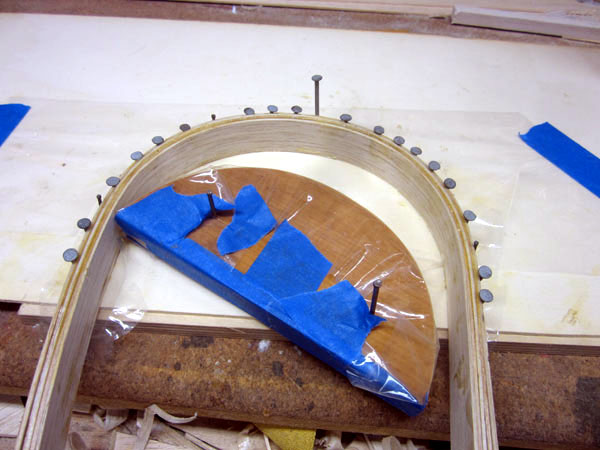 You don’t try to remove your part from the forming block, rather you remove the block which easily lifts out of position once you pry up the two nails holding it in position. 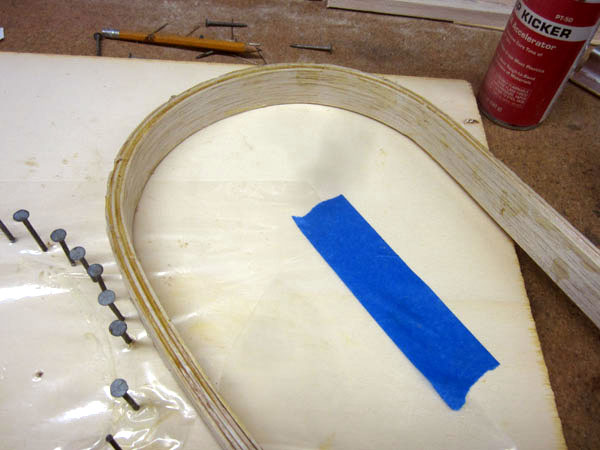 Here’s the laminated bow free of the clamping nails. It is quite stiff and holds the exact shape of the forming block. 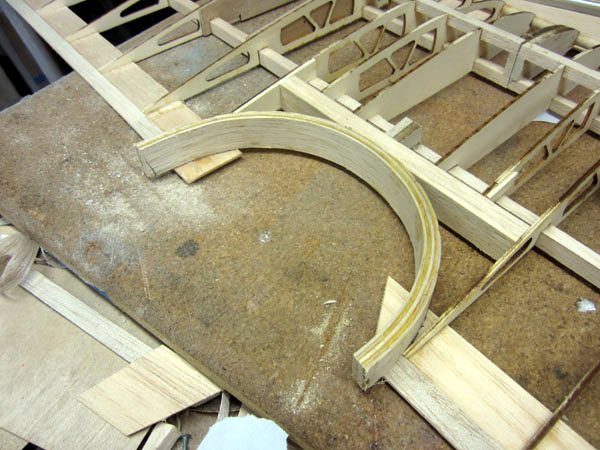 Since I used the wing plans to make the forming block, the bow fits perfectly in place without any adjustment or pulling or pushing. 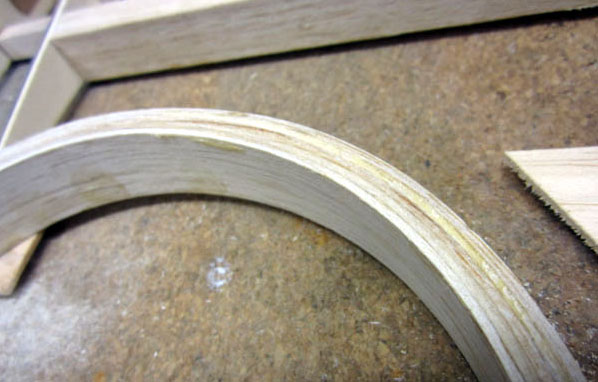 Before gluing the bow into place, sand the bottom edges smooth with a sanding block or carefully smooth it on a belt sander. 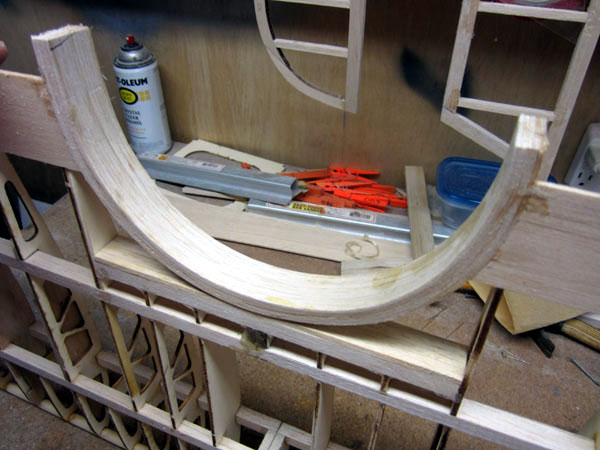 Make sure to position the bow so there is a little material proud of the bottom surface so it can be sanded to shape flush with the wing later on. 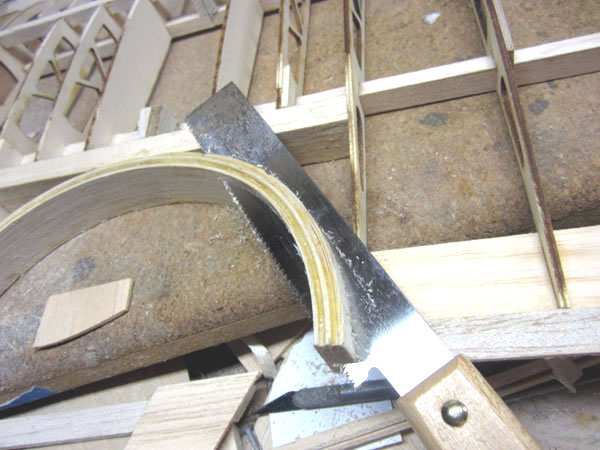 Trace the outer shape of the bow on the trailing edge sheeting and cut it to fit snuggly against the bow. Glue the bow into place and use a razor saw to rough cut the bow to shape. 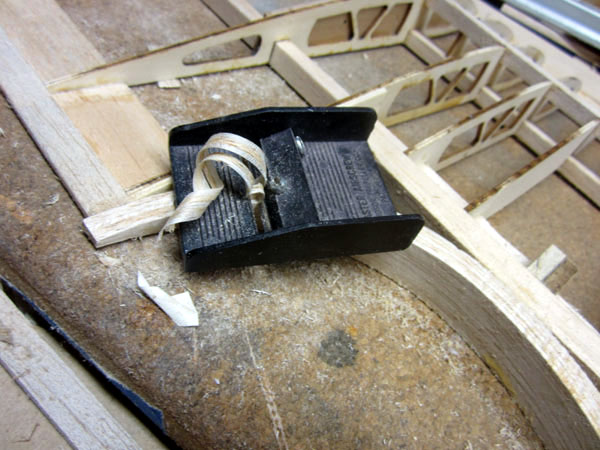 Plane the bow down and shape it so it is almost level and flush with the top of the wing. Draw the plane from the center and work out to the trailing edges. 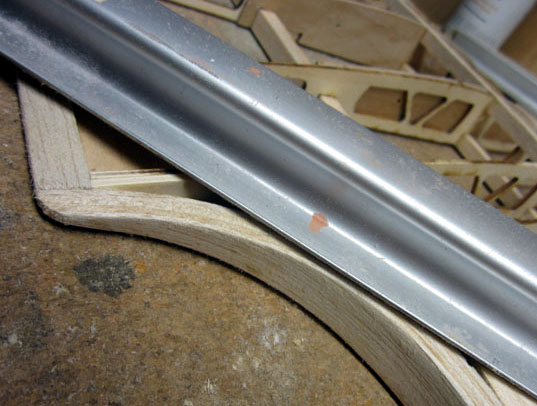 When the shape is close, switch to a sanding bar and dress the bow down smooth and flush with the top surface of the wing. 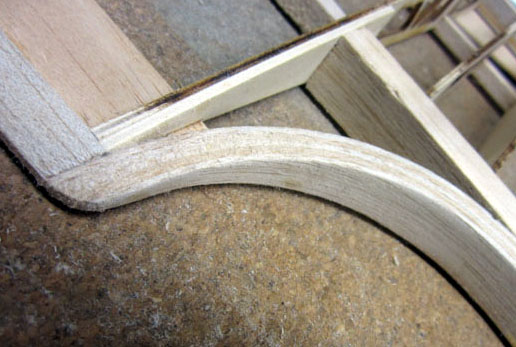 Here’s the bow sanded smooth and flush with the wing. 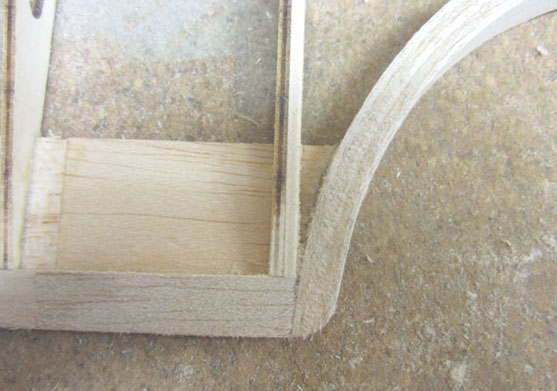 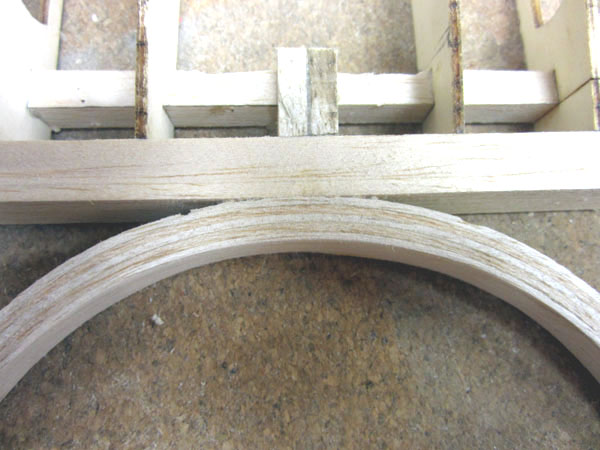 The top center of the bow should be flush with the balsa filler strip glued to the end of the center ribs. 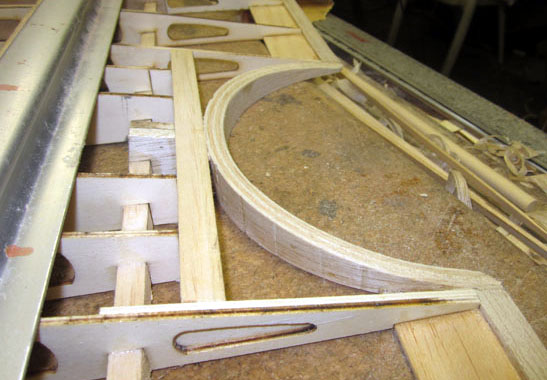 There you have it. One perfectly shaped laminated balsa bow to finish out the center cutout above the pilot’s head. This is the only laminated piece in the Sopwith Camel but the same technique can be used to make delicate looking yet very stiff wing tips, and the outlines of tail surfaces.

Give it a try, once you know the technique and details, the rest is easy!

To see how to form the laminated bow, chick the link: https://www.modelairplanenews.com/blog/2014/09/02/workshop-tip-laminating-balsa-parts/