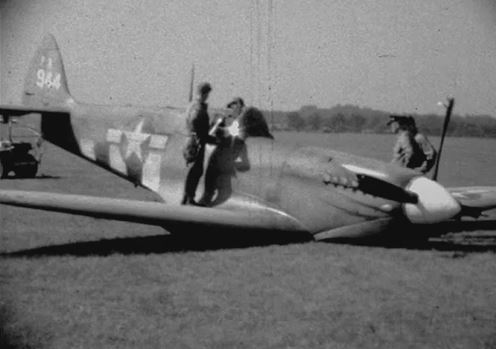 Imagine you flew a Supermarine Spitfire out of an Allied base during WW II.  Now imagine you did a belly landing in one of those famous fighters and a flight surgeon from base captured the event on film. After the war, you and Doc visit, but lose touch decades later. You still remember the film, but you never saw it and after hearing of Doc’s death, you assume it’s MIA.

How, then, would you react when Doc’s descendants eventually contact you and show up at your home with the long-missing footage? If you’re John S. Blyth, you’re pretty darn surprised; to see his reaction and the fantastic story behind it, click the link below to view SPITFIRE 944, a Sundance Film Festival short film you won’t soon forget.