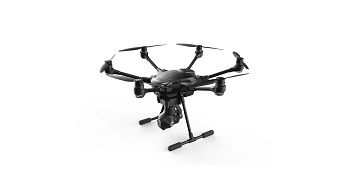 Equipped with six rotors, a 360-degree gimbal camera and retractable landing gear all at an unprecedented price, the Typhoon H is set to provide the latest professional grade features to consumers everywhere.

The 360-degree gimbal with the new CGO3+ camera allows unlimited panning for breathtaking 4K videos and 12 megapixel stills. The landing gear retracts during flight to seamlessly remove itself from the shot for unobstructed views. New programming features add new flight and image capture modes including Point of Interest, Orbit, Curved Cable and Journey.

The newest drone in the Typhoon family still meets Yuneec’s standard of being ready, easy and safe to fly. Innovative new safety features include ultrasonic proximity detection to assist in avoiding large obstacles, and a failsafe system which allows Typhoon H to remain stable and land if a motor should fail.

With the ability to add mission-specific modules, the Typhoon H is the next generation platform for enthusiasts and professionals. Planned add-ons include a high performance collision avoidance module based on Intel® RealSense™ Technology and an advanced IR camera module

Nothing, Everything You Need Is In The Box 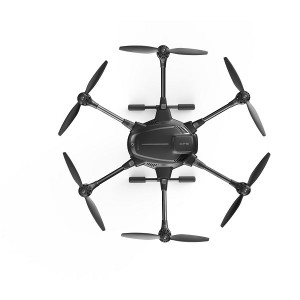 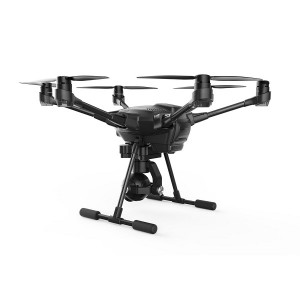 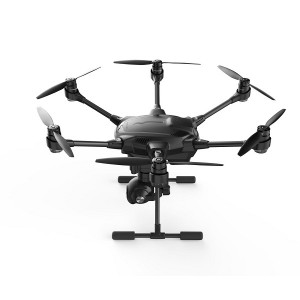 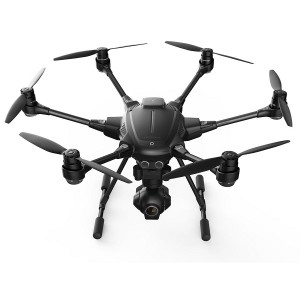 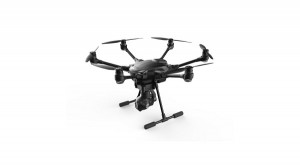