The Bally Bomber B-17 made it’s debut during 2018 AirVenture and was put up for sale in 2018. The aircraft returned to AirVenture 2021 piloted by her new owner.

The Bally Bomber B-17 is an original design by Jack Bally. The four-engine aircraft features retractable landing gear and is built with all riveted aluminum construction. The plans for the EAA experimental aircraft were enlarged from 1/9-scale RC aircraft plans. Despite being a scale replica, the aircraft is relatively large for a homebuilt aircraft with 34 ft. wingspan. Most homebuilt aircraft are single engine designs with a few twin engine models produced, making a four engine homebuilt a rarity in itself. 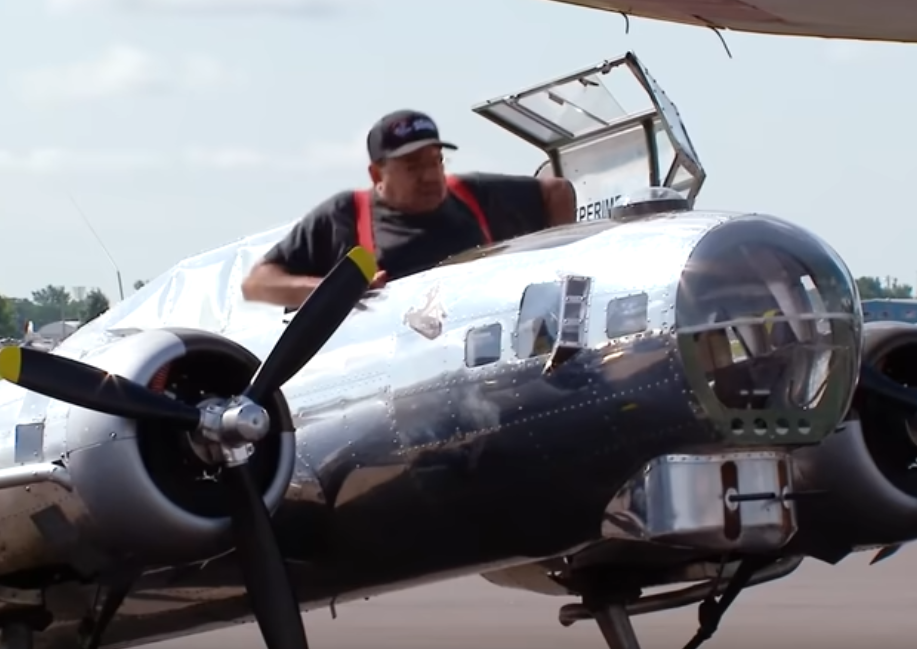 The Bally Bomber took 17 years and 40,000 man-hours to get into the air. Thousands of EAA members followed Bally’s building progress for years, and the AirVenture 2018 attendees had the chance to see the finished result in person. Jack Bally pass away in 2020 at the age of 79.