Just about everyone has heard of the Lazy Bee. Designed by Andy Clancy, this sport flying, very short coupled airplane has been around for decades. Recently we published Andy’s latest design in the Bee line (the multi-motored Bee Liner) in the November 2017 issue of MAN. In the article we featured a sidebar story about a really big Bee, an idea for a man-carrying version, by Budd Davisson (Editor in Chief of Flight Journal). Since none really existed, except in Budd’s head, we went back into the MAN archives to find the biggest RC version of the Lazy Bee, the Super Bee! 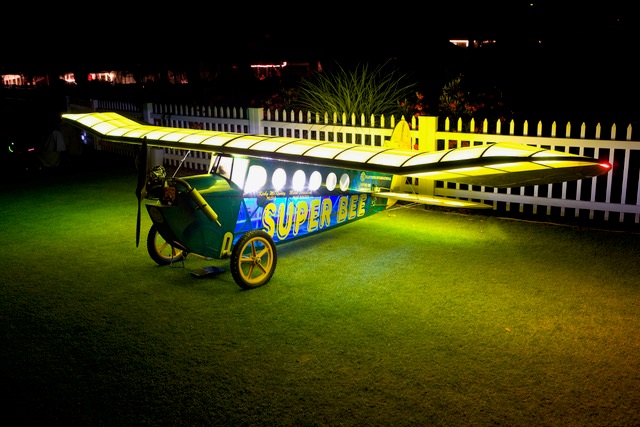 While not a man-carrying version, this super giant scale the Super Bee is about as close as you can get. Kirby McKinney’s super giant-sized Lazy Bee was built in a team effort with Mark Davidson and like the original Lazy Bee, it has only throttle, rudder and elevator control, no ailerons. And it flies great! 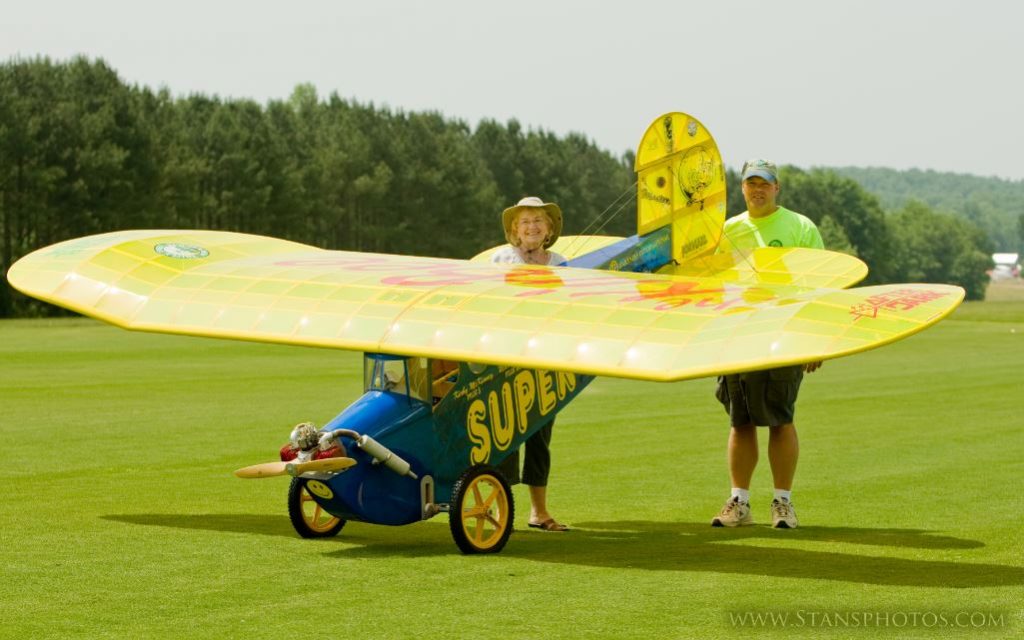 The wingspan is 17 feet and the chord is 56 inches. The elevator and stabilizer are 8 feet long. Mark built the plane originally called the Super Bee with Kirby and then rebuilt the plane after Kirby’s passing and to honor him, and  renamed it the KirBee

(Photo to left, taken by Stan’sPhoto.com)

First flown in 2009, it was powered an Air Hobbies 9.8ci twin cylinder engine, and was a favorite at the Joe Nall Giant Scale Fly In for years. It weighs 80 pounds and is now hanging in the main hangar at the Triple Tree Aerodrome. (Photos courtesy of Laura McKinney.) 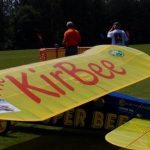 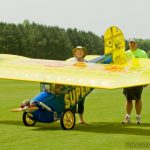 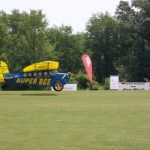 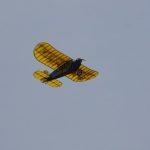 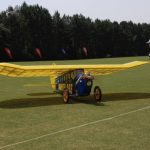 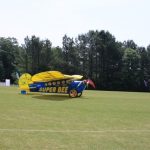 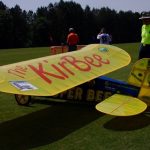 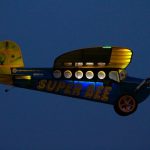 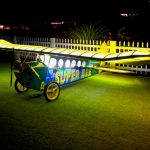 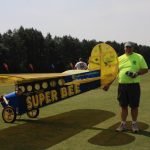