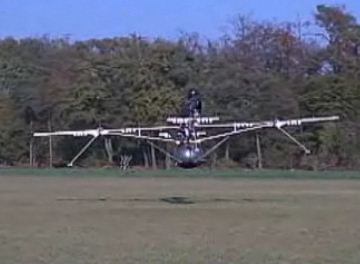 Where does RC electric Tech and General Aviation Tech come together?  Late in October 2011, a group of German tinkerers successfully completed the world’s first manned flight with an electric-powered “multi-copter.” With 16 redundent motors and rotors, the pilot sits atop the machine and controls it with an RC transmitter. The one-minute-and-30-second flight was proof of concept for the machine that could one day find use for tasks such as inspecting wind turbines and pipelines or taking aerial photographs — It is also extremely safe to fly, it something should go wrong, it can land even if 4 of its 16 rotors should fail. And since there is no propeller above the pilot, a safety parachute could also be deployed. The machine weighs 176 pounds  and is light enough to be classified as an FAA Legal ultralight. 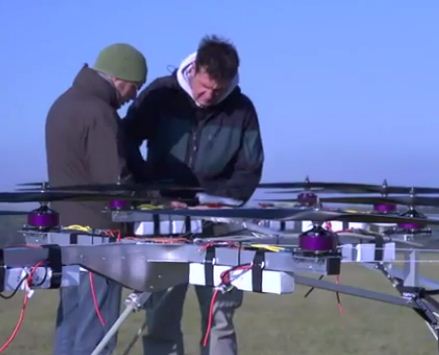 The multiple rotor  electric power source  is “off the shelf lithium-ion batteries and brushless motors and controllers. In its current configuration, there’s enough juice for 20 minutes of flight. Compared to flying a plane, the E-volo is simple to operate. 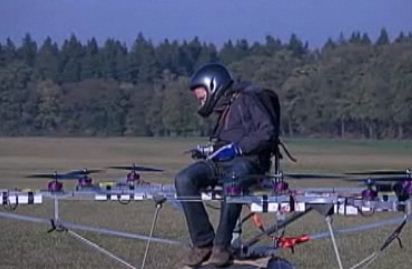