When it comes to turbine powered RC jet aircraft there’s big, and then there BIG! This huge 1/5- scale Vulcan delta-wing jet bomber has a wingspan of just over 20 feet and it weighs around 300 pounds. Filmed at an IMA (Large Model Association) RC show at the Yorkshire Air Museum at RAF Elvington, Halifax Way, York, the impressive bomber was flown by David Johnson.

It took David and his team over three years to design and build the impressive Vulcan jet bomber. With over 100 sq. ft. of wing area , the huge bomber has a similar wing loading to a large glider but it is capable of flying up to 120mph. 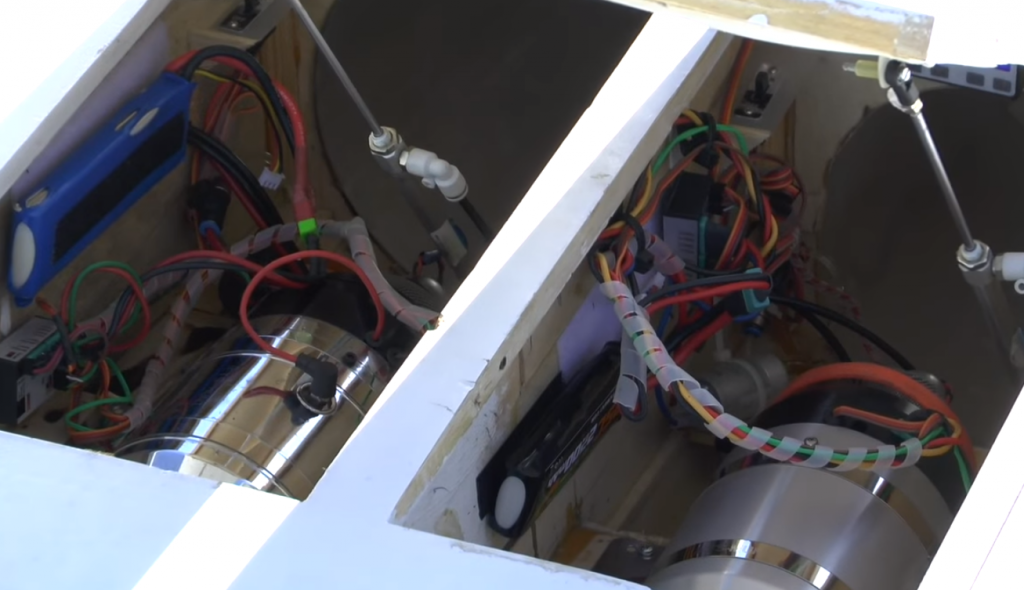 Power come from four Jetsmunt 160 turbine engines producing a combined 155 pounds of thrust the Vulcan carries more than 44 pounds fuel to feed them. The three landing gear alone weigh in at 55.12 pounds. 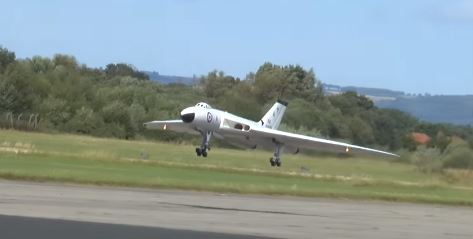 The gentleman in the white shirt and black tie shown at the end of the video is none other than Martin Withers, the DFC who piloted Vulcan 607 on the famous Black Buck raid on Port Stanley during the Falkland Islands War of 1982! 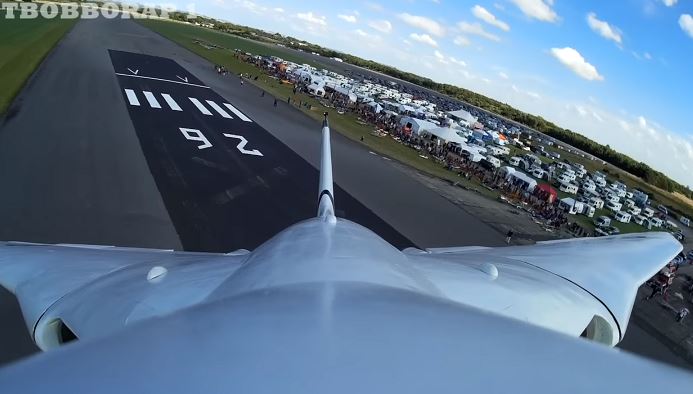 The video was produced with five onboard Mobius HD video cameras.