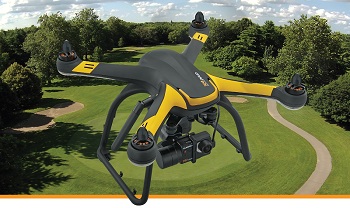 Complete and ready-to-fly, the H109S X4 Pro drone not only goes wherever a pilot’s imagination wants to travel — it captures the journey for others to enjoy, too. Both Standard and Deluxe versions come with a high-definition digital camera and 10-channel transceiver that provides a true FPV (First Person View) of flight in real time. With two versions available, aerial filmmakers of all experience levels can choose the perfect combination of features and capabilities for their needs. Both offer easy flight, camera control, and much more.

Contents of both packages include: