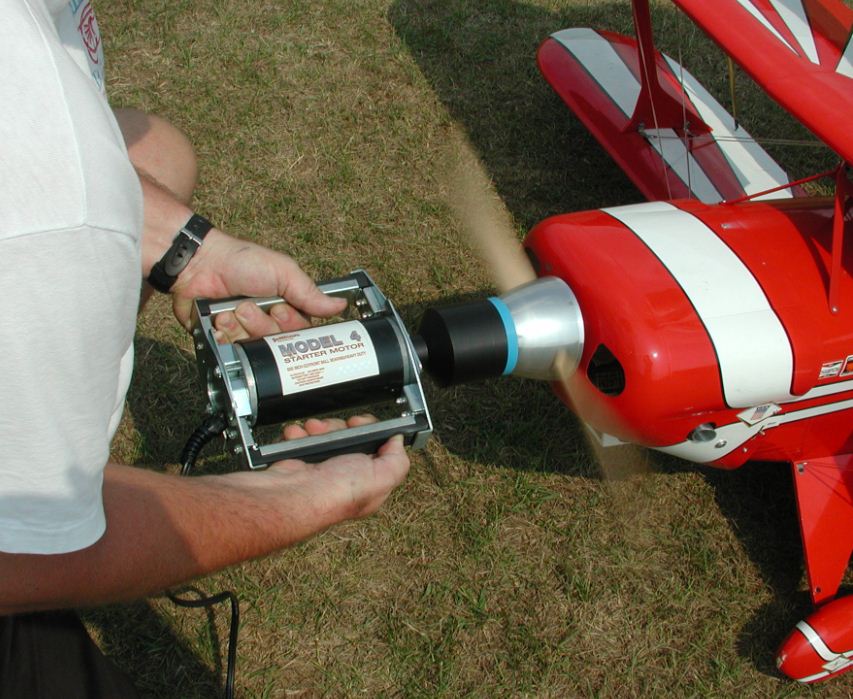 To properly operate and maintain models, you need support equipment that is up to the task. Two of the most important concerns we have with giant-scale models are safely starting the engine and handling the fuel (gasoline). When we switch from glow engines to gasoline burners, we need to change some of our equipment; we need to start thinking big! 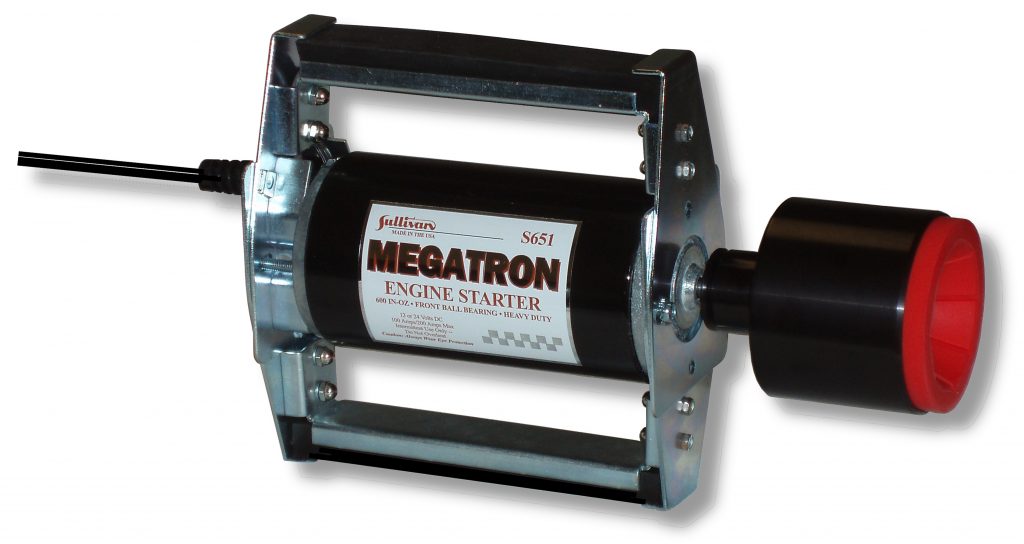 Hand-starting gas engines is a common practice, but it is much safer to use an electric starter. The old 12V starters that easily crank a standard glow-powered 2-stroke just won’t work when you attempt to start a big gas burner. One solution is the doublehandled, 12/24V Megatron starter from Sullivan Products. The Megatron uses the same powerful Model 4 motor that powers Sullivan’s popular model-boat starter, and it is equipped with dual handles; it is specifically intended for starting large RC airplane engines. The Megatron can start most gasoline engines with up to 8ci in displacements. The power switch is incorporated in one of the rubber-padded handles, and the steel end plates prevent the motor from slipping under load. The Megatron comes equipped with a huge 3-inch aluminum cone and a sure-grip silicone rubber insert. The starter can operate on 12 or 24 volts and at a maximum of 100 amps. At 12 volts, its torque is 600 oz.-in.; at 24 volts, it’s a whopping 1,200 oz.-in. It has a no-load rpm of 2,800 at 12 volts and 5,600rpm at 24 volts. Two silicone rubber adapters are also available for the Megatron . The small adapter (item no. S636) is for 2V4- to 41/2-inch-diameter spinners, and the large one (no. S637) fits spinners from 3 1/2 to 6 inches in diameter. Give them a try! 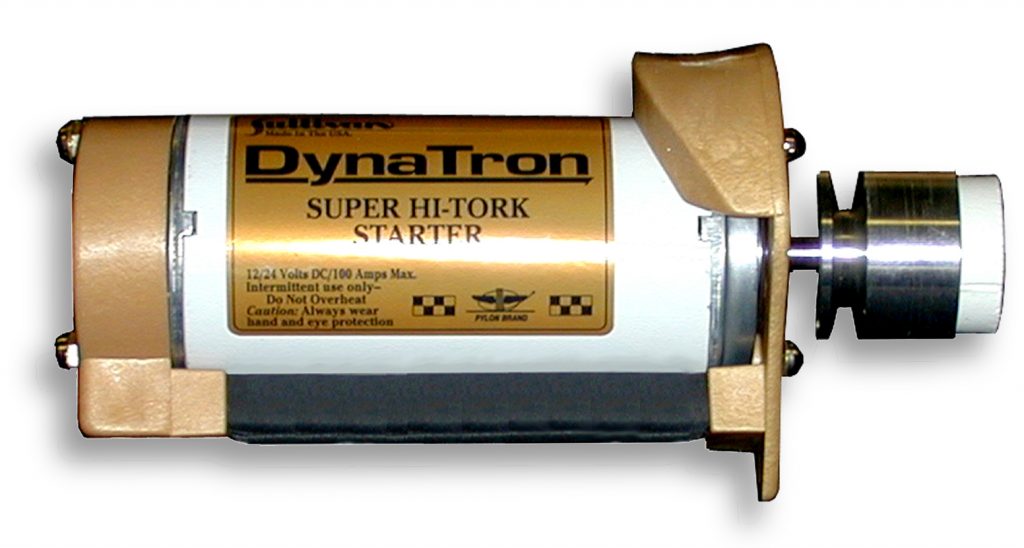 When it comes to you standard size RC planes, the Dynatron starter is the way to go. most and instantly tames stubborn engines into submission with its amazing starting power. One of the most powerful Sullivan 2.50″ starters, it features a machined aluminum drive cone with pulley groove, a 2.50″ diameter steel body and 12 or 24 V DC operation with a maximum of 80 amps.

A typical gasoline fuel tank used in giant-scale models holds anywhere from 16 to 24 ounces of gasoline. There are several good sealed electric fuel pumps on the market today to fill and empty your fuel tank, but you have to remember to use gasoline compatible fuel tubing and fuel tank hardware. An excellent way to convert your tanks to gas use is to use the Heavy Duty Multi Fuel Stopper kit (S469)  from Sullivan Products.

You don’t want to use hardware intended for glow fuel. It will soften and start to leak as the gasoline degrades the rubber stopper. 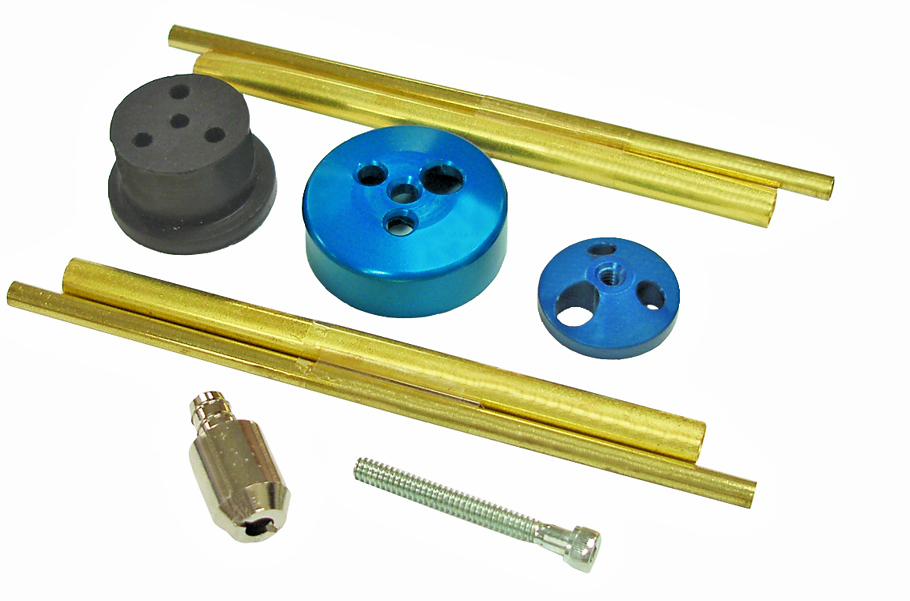 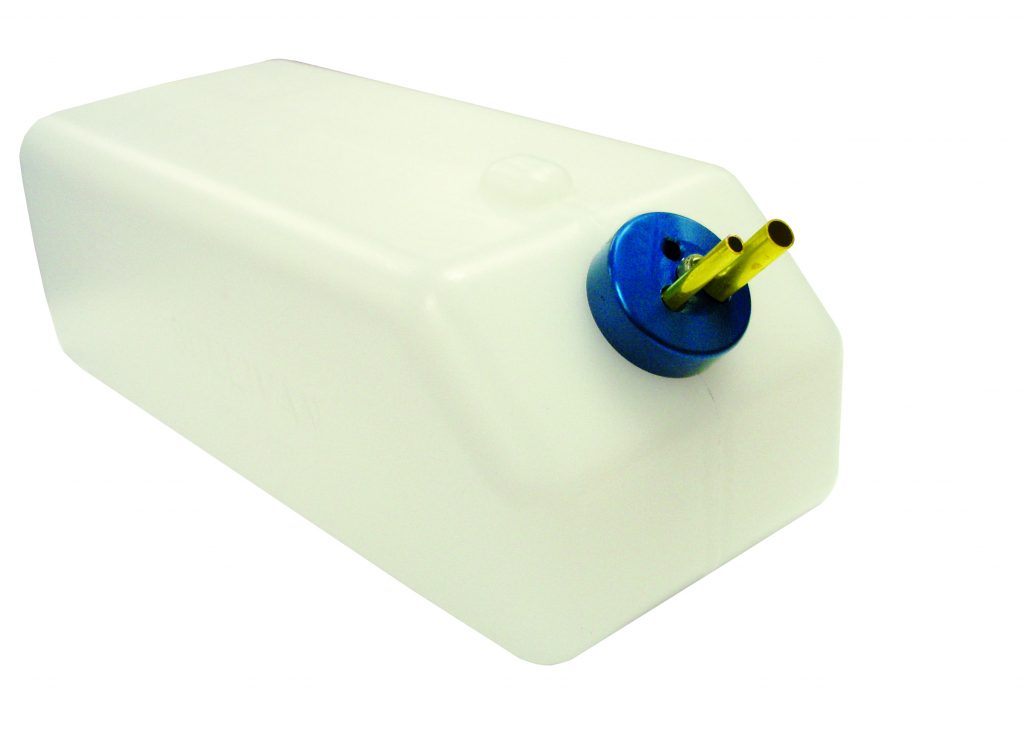 You don’t want to use hardware intended for glow fuel. It will soften and start to leak as the gasoline degrades the rubber stopper. Plus the increased sized outlet tube allows unrestricted supply of fuel to the engine’s pumper carburetor. 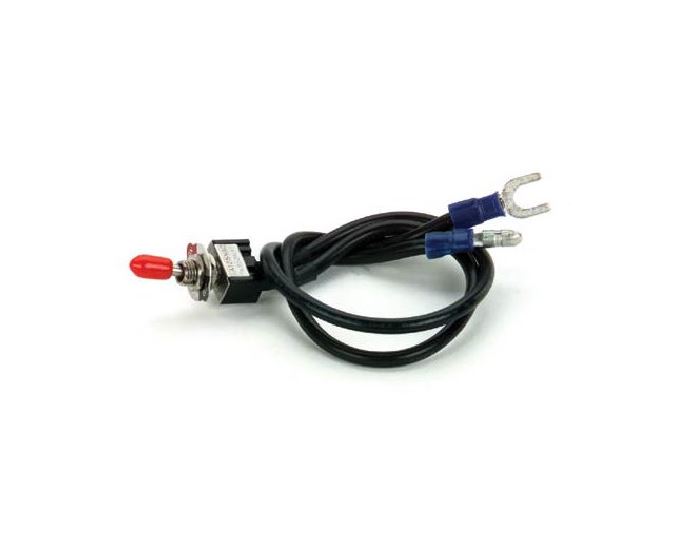 An easy-to-install, but often-neglected, safety device is the engine kill switch. A safety requirement at any IMAA-sanctioned event, an engine kill switch grounds the ignition system (magneto) to the engine case and makes it impossible to accidentally start the engine. With electronic-ignition-equipped engines, the same thing can be achieved by adding a switch to the system’s battery lead. Several pre-made switch harnesses are available, but you can easily make your own out of parts from an electronics store. All you need are two lengths of wire and an on/off toggle switch. 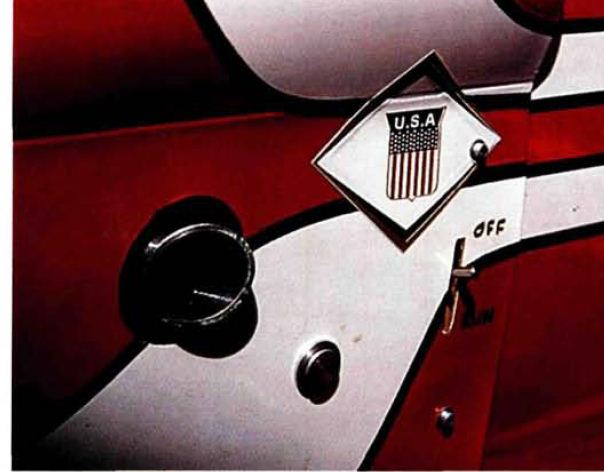 One wire goes to the engine case (it’s usually attached under a bolt head with a wire lug), and the other one is connected to the magneto. Most magnetos have either a wire lead or a solder tab to which you connect the grounding wire. Keep the wires as short as possible.

To make removal of the engine cowl easier, attach the switch to the firewall with a plywood or aluminum bracket, and let the switch toggle pass through a slot that has been cut into the cowl. Get into the habit of using the switch to shut off the engine, and make sure that it remains in the off position when the model is not in use.