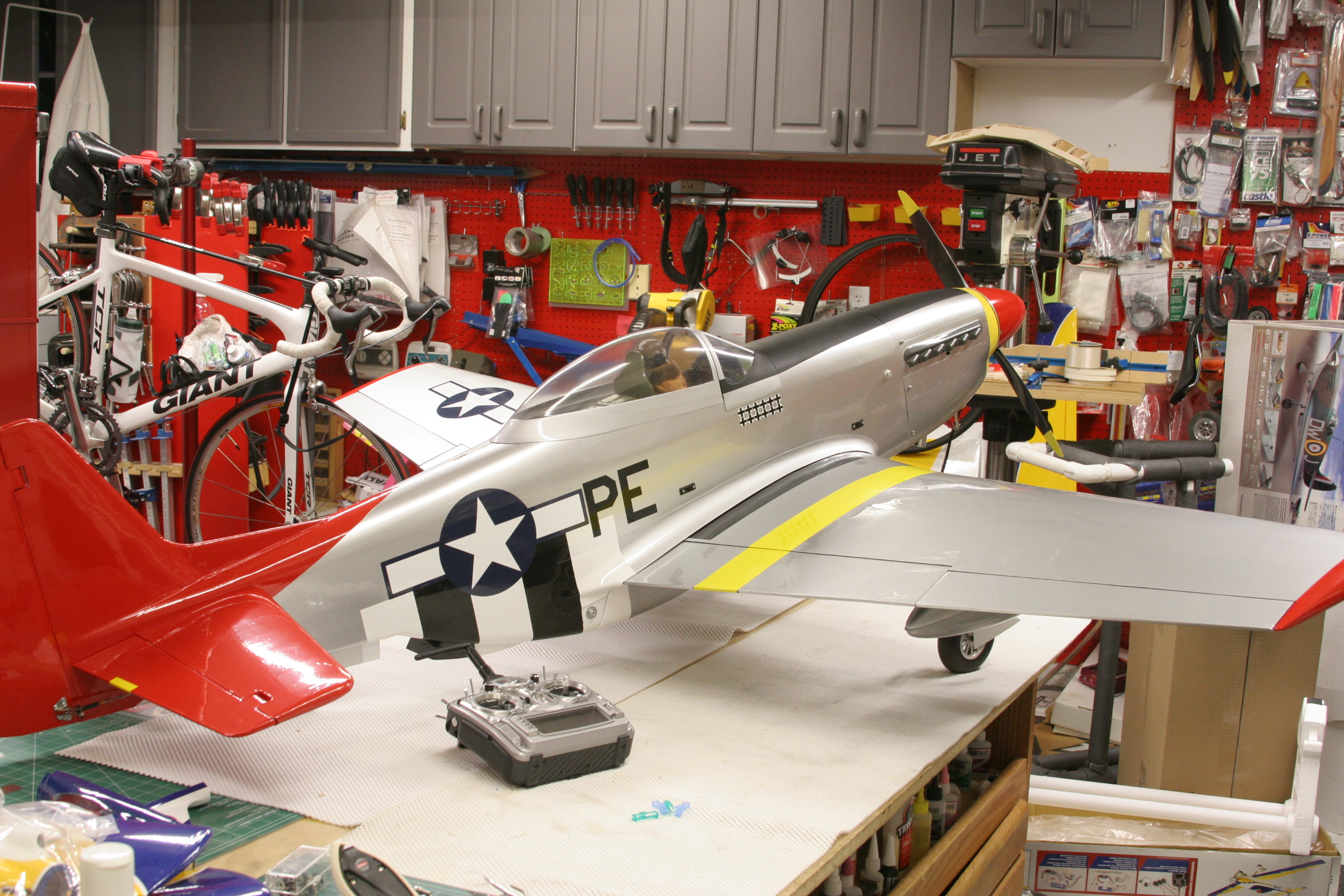 Here is the completed bird ready for its for photo shoot.  I tried to do the color scheme of the N.A. P-51D Mustang of the 302nd FS, 332nd FG, of the 15th AF.  This was based in Ramitelli, Italy during January 1945.  This group was made of entirely of black personnel, known as the famous “Tuskegee Airmen”, that comprised four Squadrons, each identified by a color (this one was yellow) painted as a stripe on the front and on the trim tabs.

I still have to put a 70 number in front of the Stars and bars to complete the transformation from Excalibur to the Red Tail. 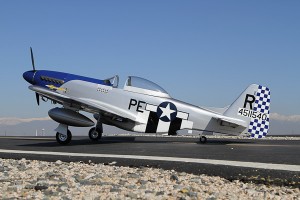 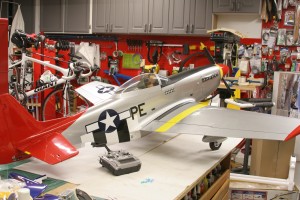