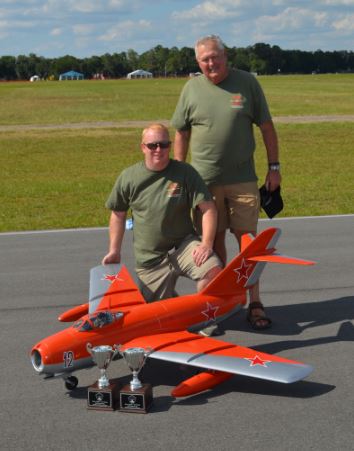 Electric power is in a constant state of improvement and it’s no surprise that there were some EDF (Electric Powered Fan) jets in the winner circles at the end of the 2015 Top Gun Scale Invitational. 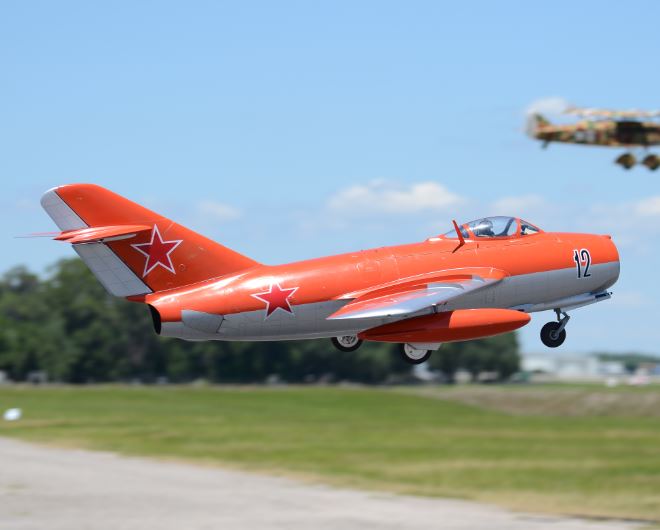 In Team Scale, builder Mike Grady and pilot Dustin Buescher placed 3rd in the class with their BVM MiG-15. The 1/6-scale jet has a span of 68 inches and weighs 22 pounds and is powered by a BVM EDF power unit. 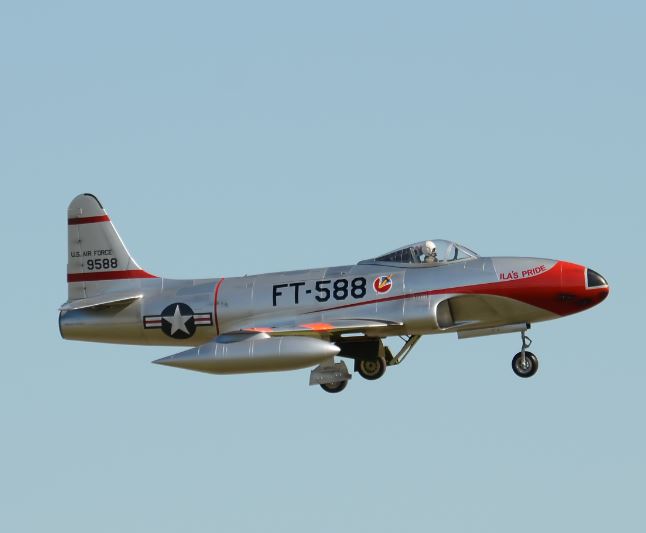 In the Masters Class for the 3rd place win (for the third consecutive year), was Bob Violett and his 1/7-scale, all electric powered F-80 Shooting Star showed how it’s done. An EVF-3-12S 9er provides the thrust, and Bob flies with a Spektrum 18X radio system. Bob was assisted by caller., Kirby Smith. 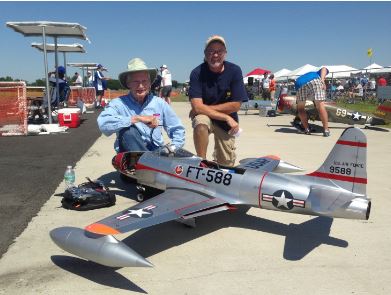