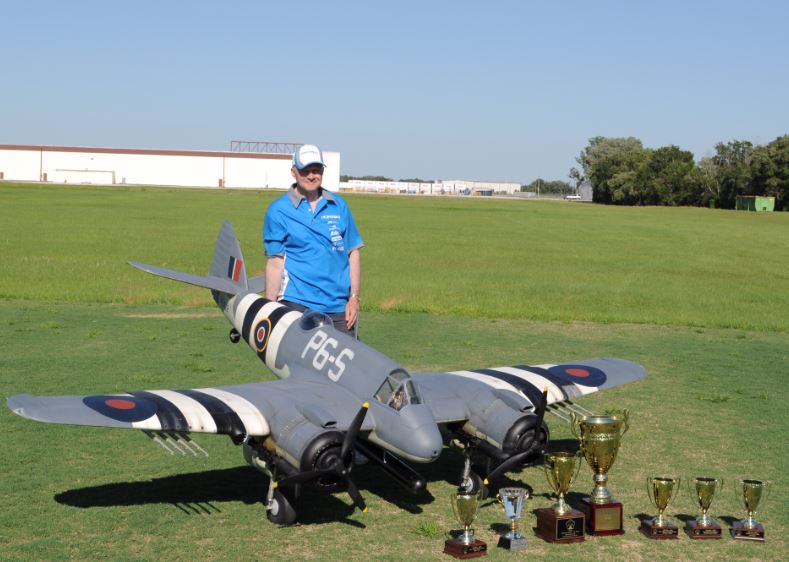 Congratulations to four-time Top Gun champion Dave Wigley, who won again this year debuting his Bristol Beaufighter. Competing in the Master class, Dave designed the plans for his twin warbird using 3-views, illustrations and photos as well as measurements from a full-size plane in a museum. The landing gear  alone took over a year to complete, and the entire plane took him 5 years to complete. 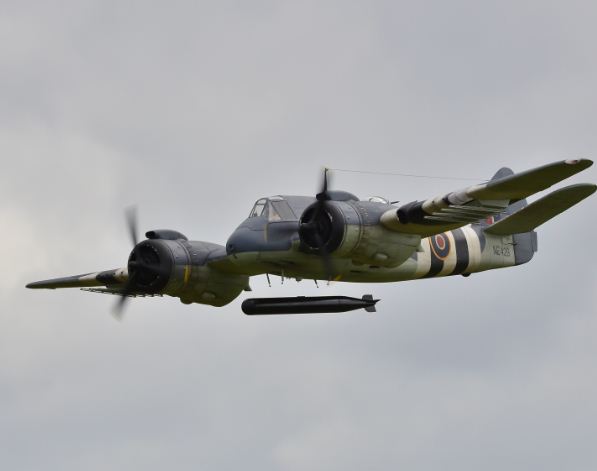 Top Gun craftsmanship judge Rich Uravitch has this to say about the Beaufighter, which earned a 98.333 static score.

No stranger to the Top Gun event, Dave Wigley has captured the Mr.TopGun title a number of times over the years, previously with a Westland Wyvern, now for the first time with the equally unusual Bristol Beaufighter coastal patrol/torpedo bomber employed by the Brits during WWII.  Having had the opportunity to judge the model close up, I can tell you first hand, it is his best effort yet. The entire model, and all of the mechanicals, were designed and fabricated by Dave. That effort included mold and die fabrication, machining of the massive landing gear and everything else required to produce this magnificent replica. He did leave the building of the twin 100cc gas engines to BME but I have no doubt he could have probably done them as well! The 85 pound, 1/5th scale model was extremely well executed from the homemade retract system to the convincingly done surface detail. The overall realism of the model was enhanced by very subtle weathering and paint fading replication to some of the coolest looking exhaust stacks, complete with flame arrestors, I’d ever seen. Dave’s Beaufighter spans 138” and is 96” long making it one of the larger models at the event. It is totally scratchbuilt from Dave’s own plans from traditional modeling materials, you know, like wood and those kinds of things plus more “exotic” stuff like fiberglass and resin; Dave has clearly mastered the skills required to produce this outstanding model.. He’s a great guy to speak with, a remarkably skilled modeler and an overall good guy. I asked him what we might expect from him, in spite of the fact that I already knew, in the future. I recalled on an earlier occasion he had shown me the mock up for the landing gear of his next project. Seems like he might be leaving props behind for a while……..sure looked like an F-101 Voodoo gear to me! Can’t wait!