It has been a while so I decided to get a little more serious about a new workshop project. My new build is going to be an 85 inch span version of Nick Ziroli’s 100-inch 1/6-scale Douglas Skyraider. Reduced 15%, the 85 inch version will be about the same size as the popular giant scale warbirds in the Gold Edition Top Flite line. My Skyraider will have about 1160 square inches of wing area and at 20 pounds would have a wing loading of about 41 oz./sq. ft. Very acceptable and very close to the numbers for the Top Flite FW-190.

So, here are a few pix to start with. Stay tuned, I will update the series as things come together. 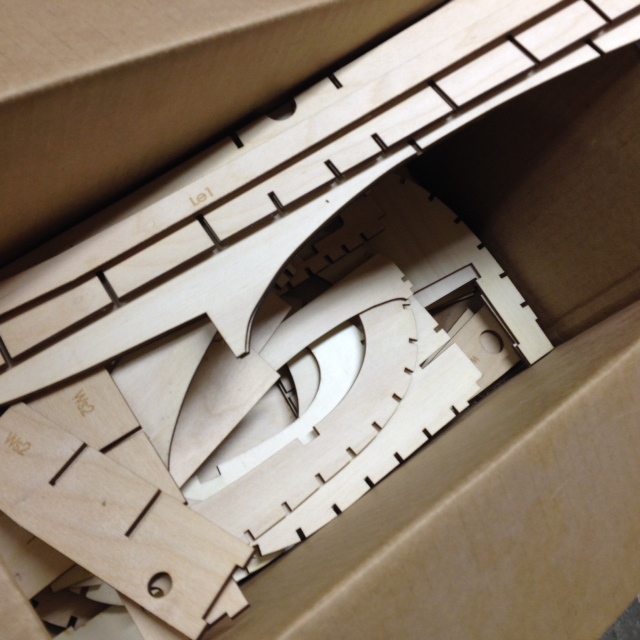 Out of the box from LaserCut USA, the parts for the Skyraider are beautifully done. 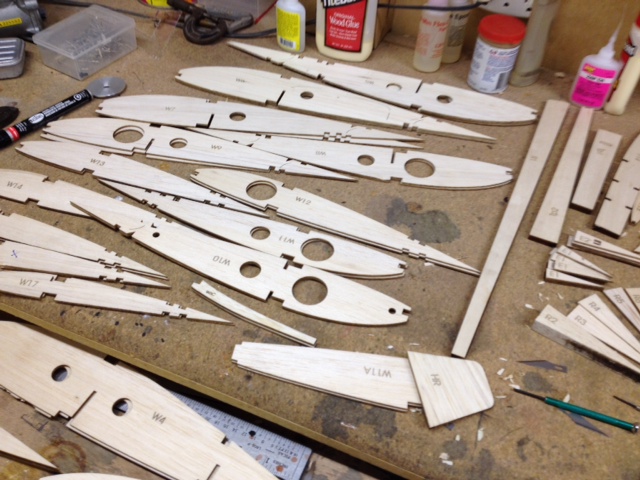 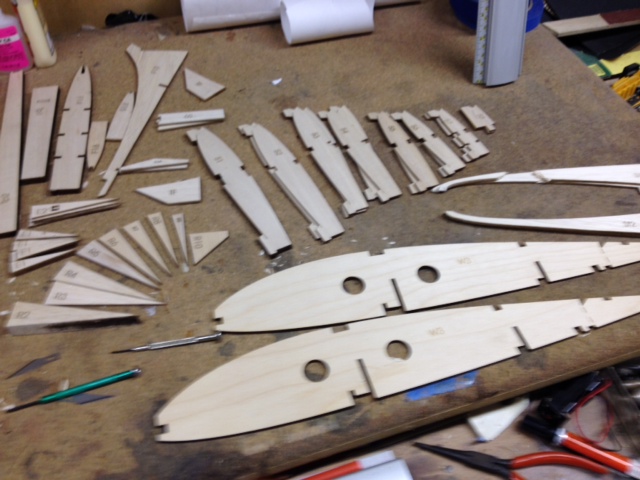 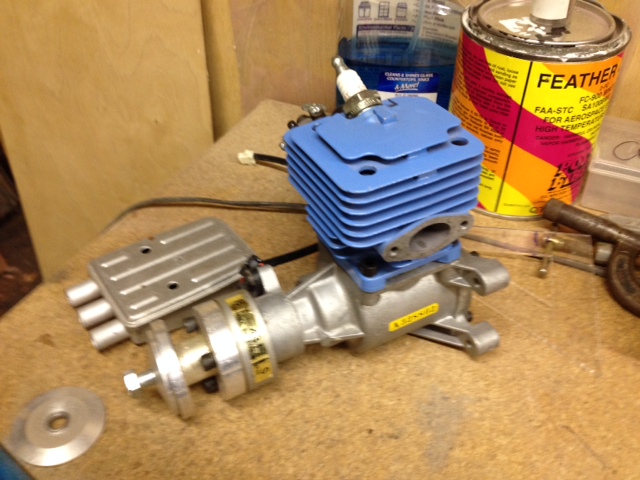 Above you see my choice for power, the 43cc gas engine from Fuji. Should spin a 19×10 or 20×8 prop nicely. (no longer available from Tower Hobbies).

Since I am building the Skyraider with an 85 inch span, it is perfect for stock hardware items including the landing gear and control horns from Robart Mfg. 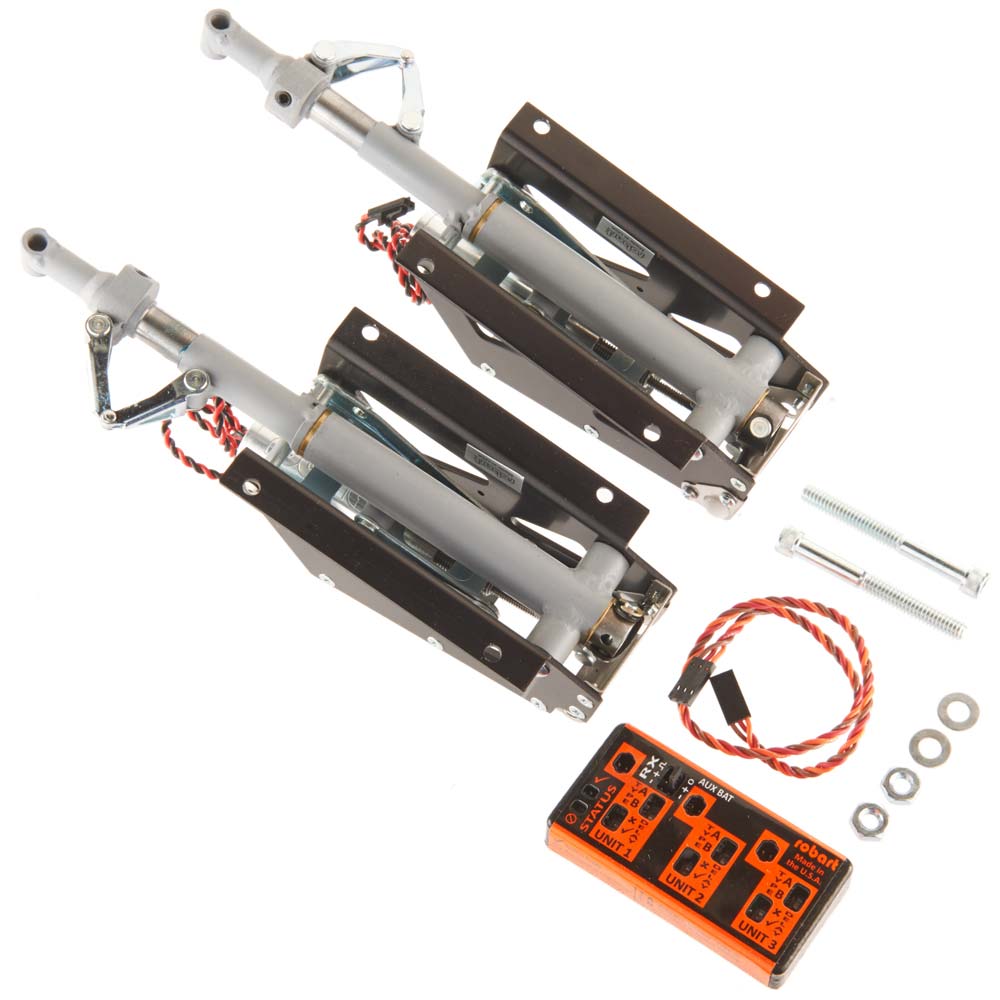 I loved the Robart electric powered 148E 90 degree rotating gear I used in my Top Flite Corsair and will use them again in the Skyraider. 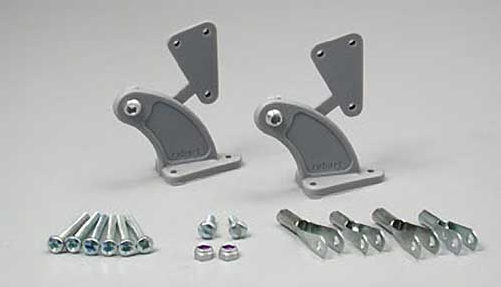 Also, since Nick Ziroli calls out Robart hardware in his plans, I will also use Robart control horns and HingPoint hinges.

I also will be using a scale “Skyraider style” tail wheel unit from Earl Aune. It is rugged and lightweight and best of all he also has a scale functional tail-hook mechanism I will be using as well. So stay tuned for more. 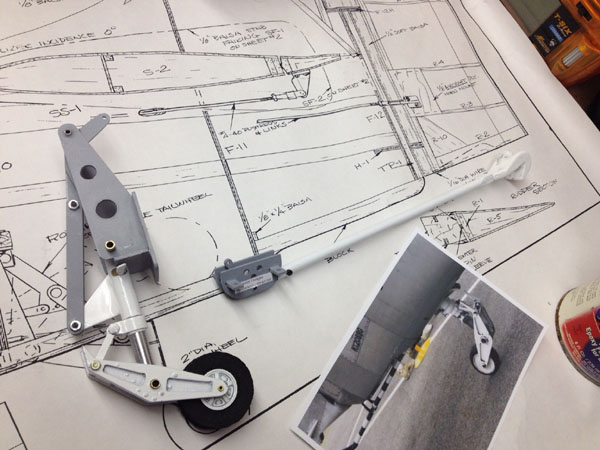