Aside from owning many accomplishments in aviation their names (and many other notables) appear on the Collier Trophy.

Since 1911, the Collier Trophy has been awarded annually for “… the greatest achievement in aeronautics or astronautics in America, with respect to improving the performance, efficiency, and safety of air or space vehicles, the value of which has been thoroughly demonstrated by actual use during the preceding year.” The list of Collier recipients represents a timeline of air and space achievements, marking major milestones in the history of flight. The 525-pound bronze trophy is on permanent display at the Smithsonian’s National Air and Space Museum in Washington, D.C. 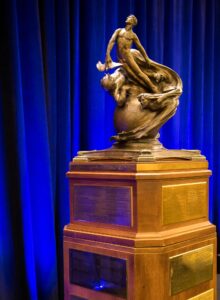 This year the JPL (Jet Propulsion Laboratory) group that flew the first aircraft on another planet were honored. The team that flew the Ingenuity or Mars was a diverse group but it included several individuals who like Neil Armstrong, are active hobbyists that got their start in model aviation. 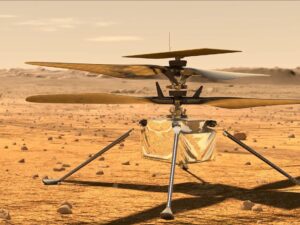 A large team made this out-of-this-world milestone happen but specifically to our hobby, Project Manager Matt Keennon is an active modeler and free flight competitor and Ben Pipenberg Chief Design Engineer has a history in aeromodeling. Matt was inspired to pursue modeling and further by another modeler. His Middle School science teacher, Bill Warner would bring modeling to the classroom each year and lit a fire in Matt that culminated in this historic event.

Our hats off to the entire team at Aervironment Inc, JPL, and NASA for this fantastic accomplishment and a well deserved award.