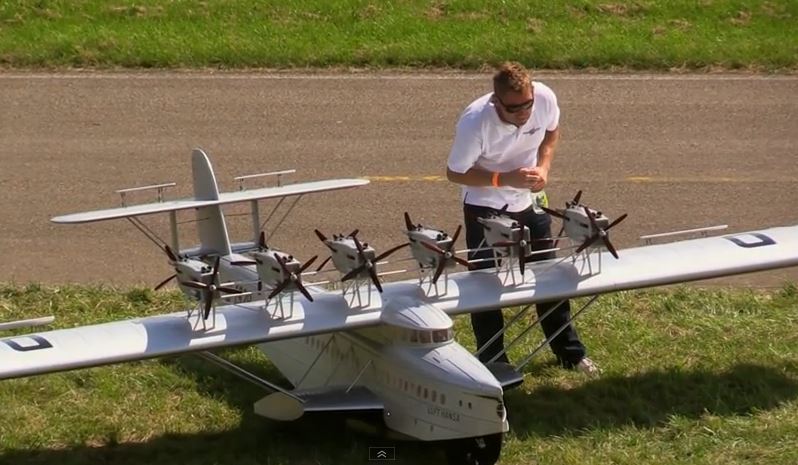 A true scratch-built project, this 1/10-scale Dornier DO X1a was designed, built and piloted by Michael Bräuer. This impressive built-up plane has a 16-foot wingspan and weighs in at 132 pounds, and it’s powered by twelve (12!) O.S. .62 4-strokes. Michael notes that he spent one year building this giant plane and that it has Futaba servos, fiberglass engine cowls and retracts and that its top speed is 59mph. The sound those 12 powerplants make is incredible, and the video shows how well the model handles in very heavy wind, even on landing. Thanks to RCScaleAirplanes for taking and posting this great video!