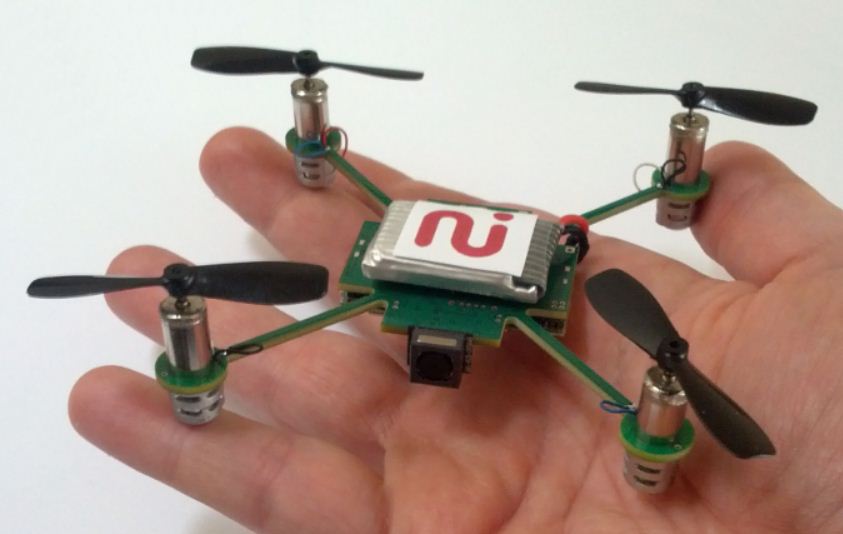 The UAV is built around an ARM Cortex-A9 processor, features 1 GB of built-in RAM, an SD card slot, and is Wi-Fi and Bluetooth-enabled. …The idea is that when users wanted to shoot videos of themselves, they could just launch the UAV by hand. It would then hover in front of them, streaming video to a paired iOS or Android mobile device.

If the user wanted it to move, such as going higher or lower, they could get it to do so using voice commands. If they wanted it to follow them as they moved about, it would do so autonomously. In that mode, 14 real-time sensors and two Linux-based auto pilot algorithms would keep crashes to a minimum, while a video stabilizing algorithm would keep its shots smooth. A real-time sound filter would remove the whine of its motors from the recorded video.”

With a projected price tag of just $49, this little machine could be the next hot thing to create YouTube videos and more! For info on this pending project, click here.