When it comes to the scale aircraft we see at RC competition events, there is always a back story. One aircraft that we’ve noticed over the years is the work of Sean Curry of Lakeland, FL in the form of his impressive Hawker Tempest. We caught up with Sean, who works closely with his father Bob Curry, who is one of the Static Judges for the Top Gun Scale Invitational, to get the lowdown on his WW II warbird.

Hey Sean, You’ve been competing at Top Gun with your beautiful Hawker Tempest for several years. Can you give us some background?

Sean Curry: The Hawker Tempest was a British fighter aircraft used mostly by the Royal Air Force (RAF) during the Second World War. The Tempest was an improvement of the Hawker Typhoon, originally being named the Typhoon II, which was intended to address the Typhoon’s unexpected decrease of performance at high altitude. 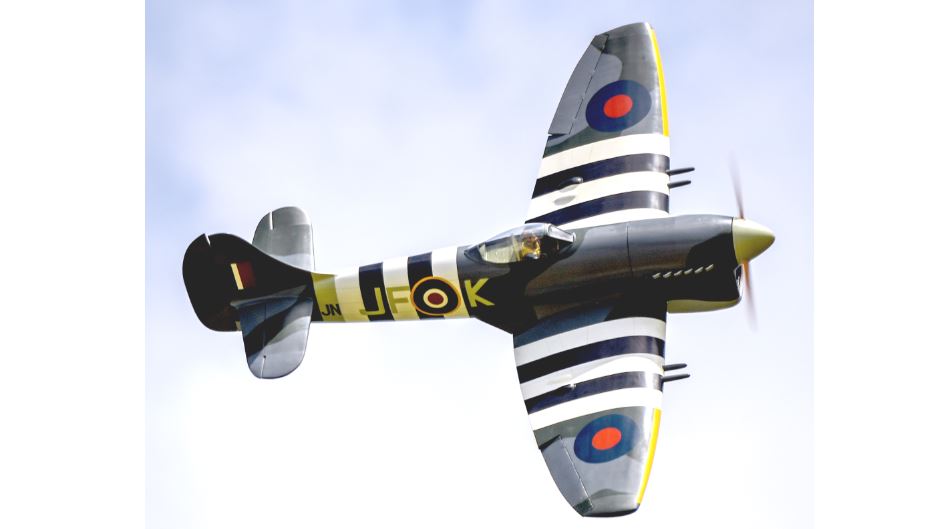 Having a considerable improvement in performance over the Typhoon, it was chosen to rename the aircraft Tempest, which ultimately became one of the most powerful fighters of the World War II, it was also the fastest propeller-driven aircraft of the war at lower altitudes.

How about your model?

The airplane is a Vailly Aviation Tempest designed by Roy Vaillancourt. I bought it “Used” on RCUniverse but at the time, it was pretty much a wreck. The primary construction is light plywood, balsa and spruce using conventional building materials and building techniques. All structures (with the exception of the rudder) are built-up and sheeted with 1/8- or 3/32-inch balsa.

The rudder is fabric covered just like the full size Tempest. I spend a lot of time rebuilding it which required remounting the wing so it was square to the fuselage centerline. After rebuilding the repair areas, I re-glassed the entire airframe. The model required a new canopy and a new engine cowling as well. 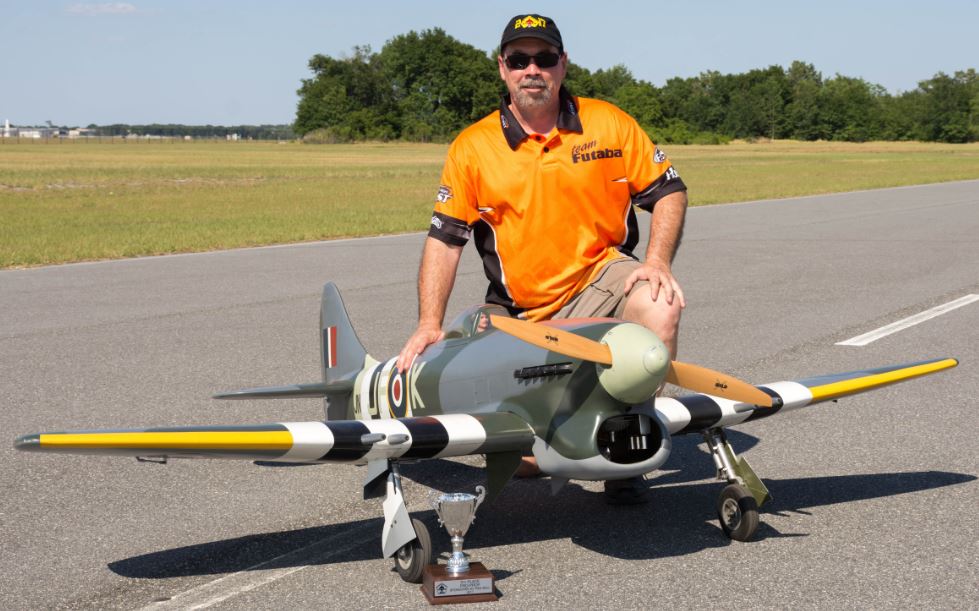 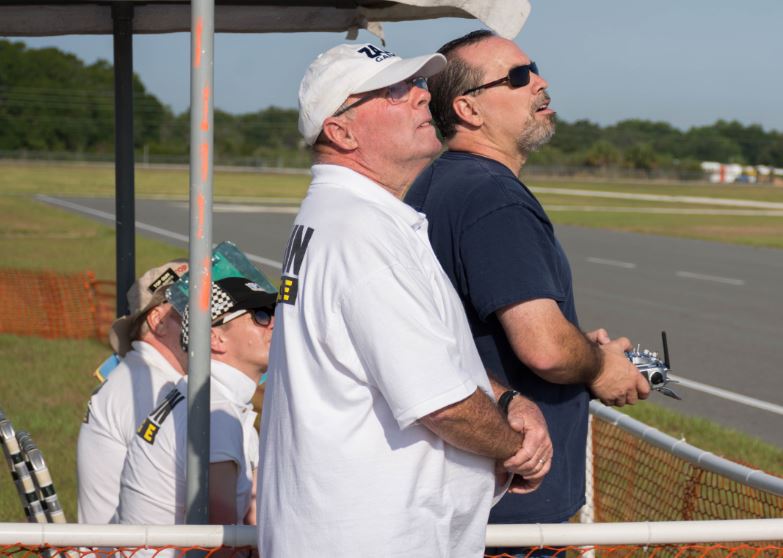 Team up with his father Bob (Top Gun Static Judge), Sean has placed in the Top 5 at Top Gun several times.

Be sure to check out our upcoming October issue of MAN. We have a big Gallery layout of Sean’s Hawker Tempest, and all the details from his backstory! Stay tuned!