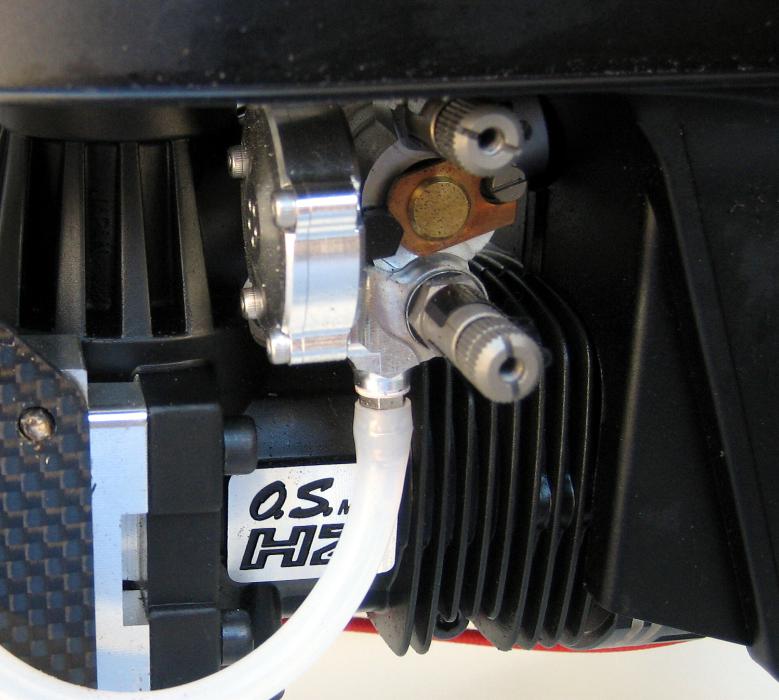 Idle Needle Valve (NV) Adjustment – The photo shows the three needle valves on the OS 90 HZ engine. The main needle valve is on the bottom by the fuel tubing, with the mid-range needle valve on top.  The idle adjustment is the one in the center.

We’re almost done. If your carburetor has a mid-range NV, use it to fine tune the transition between idle and full power. When the NV’s are all set, note how many turns it takes to screw each in until lightly seated, then return each to their running position. This will allow you to return each NV to its proper position should you need to remove them for any reason. Also, changes in temperature, humidity, fuel and glow plug will have an affect on the overall performance of the engine and the NV settings.