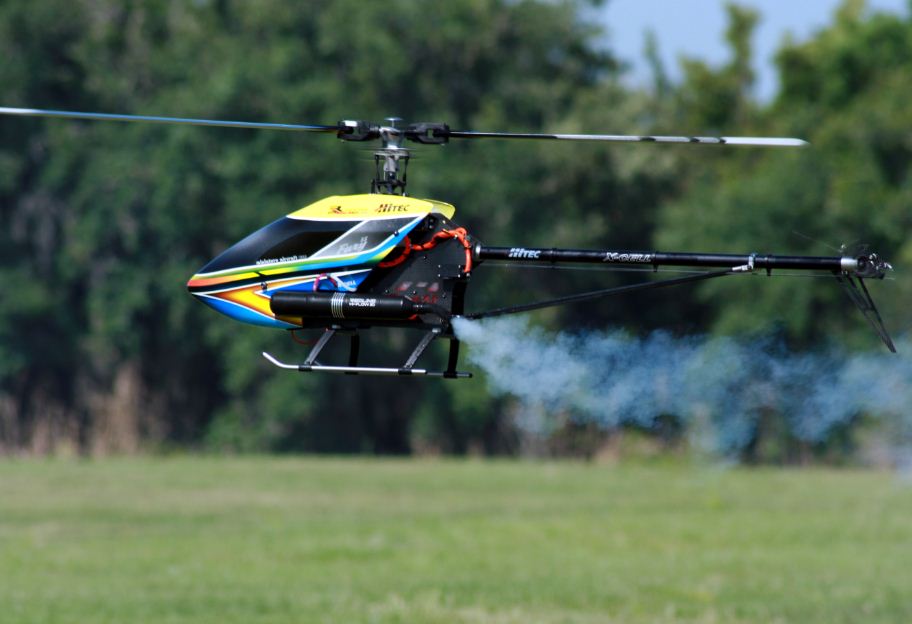 When a helicopter is hovering at a height that’s approximately less than the diameter of one rotor disc, it really does encounter “ground effect.” This is because the downwash velocity created by the rotor blades can’t be fully developed because the helicopter is so close to the ground, so the helicopter rests on a “bubble” of higher pressure air. (This gets even more complicated, but this basic explanation will work for our hobby purposes.) In my limited experience in hovering/flying full-scale helicopters, a helicopter does handle differently when it encounters ground effect. It’s almost like sitting on top of a balloon and trying not to fall off. Some model helicopter pilots say that they, too, can feel when their helicopter encounters ground effect and that it acts in the same way on their helicopters. But I personally can’t tell when I’m in or out of ground effect. The amount of ground effect is also determined by the wind; it will have a maximum effect on a calm day and less as the wind’s velocity increases to “push” the higher pressure air from under the helicopter.

What about you; have you experienced ground effect?