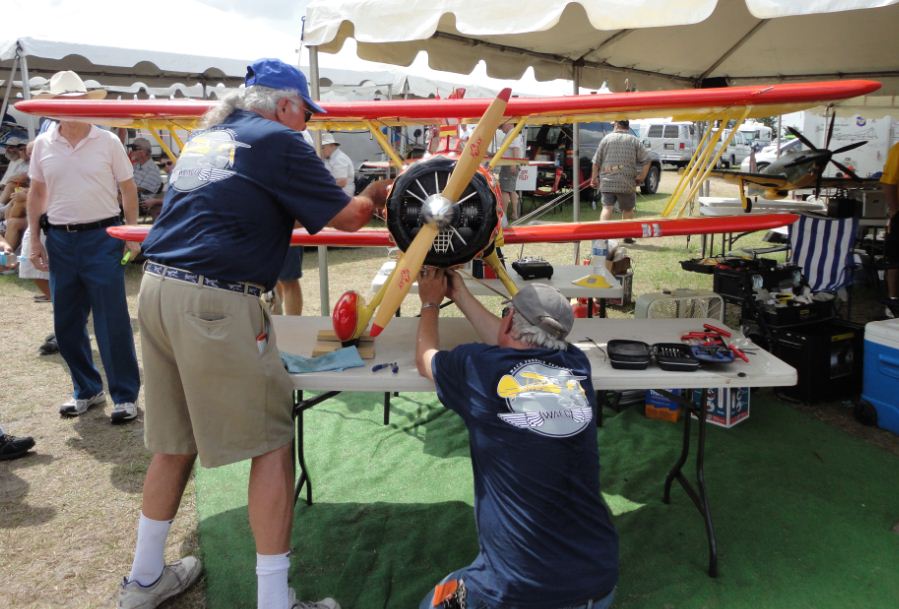 A team scale entry, this Waco YMF-5 is the handiwork of Lonnie Johnston, who built it from the AMR kit. The 1/3-scale plane has a 120-inch wingspan and is powered by DA 220 gas engine spinning a 32×14 prop. Mitch Epstein piloted the big bipe Saturday morning, but the engine wasn’t performing properly so he performed an emergency landing. The plane suffered only a little damage to one of its wheel pants, and Lonnie and Mitch realized that a part of the muffler had fallen off.  They have decided to save the plane to fly another day and will not be flying in subsequent Top Gun rounds. It did, however, score the Pilots’ Choice Best Civilian award! 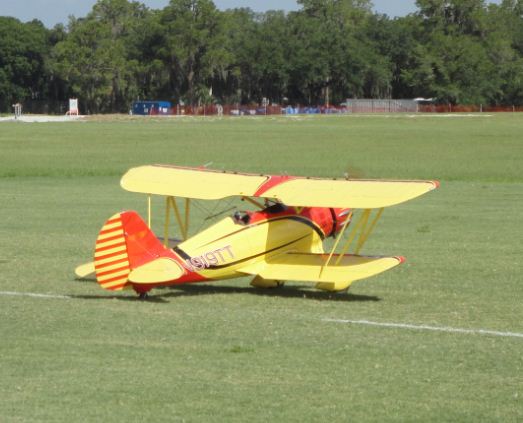